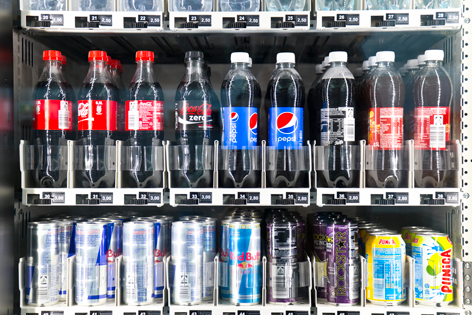 The Greens Party co-leader, Caroline Lucas MP, has lent her support for those calling for a deposit return scheme (DRS) to be implemented throughout the UK by tabling an early day motion.

Lucas has called for Government to follow the example of other nations and introduce a mandatory DRS in the UK by including it in the National Litter Strategy.

The move would see customers pay a cash deposit of around 10 pence when they purchase a drink in a can or bottle, which they then get back after returning the empty packaging for recycling.

According to Lucas, a DRS would help “dramatically increase the collection rate of plastic bottles and other containers, helping to protect the environment and to save local authorities and taxpayers money”.

Lucas – DRS would help “dramatically increase the collection rate of plastic bottles and other containers, helping to protect the environment and to save local authorities and taxpayers money”

Lucas says a DRS will help ensure that these bottles and cans stay in the recycling economy rather than polluting the environment.

She argues that DRS were commonplace in the UK until the 1980s, and are successfully used in 11 other European countries with recycling rates often in excess of 90%.

The DRS is not without opposition, however. Jane Bickerstaffe, director of INCPEN – ‪The Industry Council for Research on Packaging & the Environment – recently said that container deposit schemes both undermine recycling and fail to prevent litter.

She said: “Everyone agrees litter and littering is bad but it is still an issue. The solution is for everyone – individuals, industry, campaign groups, local and central governments – to join forces to prevent all litter. Any piece of litter spoils the environment and makes it look uncared for.

“There is no point in clearing up just some of it because litter breeds litter. That’s why initiatives like bottle deposits return schemes don’t work. They target just one type and leave the rest to attract more. Like the broken window syndrome, even one piece of any sort of litter can encourage people to add to it.”

The Scottish Government announced research into the feasibility of a deposit return scheme in August last year, specifically with regards to “on-the-go” drinks packaging.

An opinion poll conducted by the Association for the Protection of Rural Scotland revealed that 78% of Scots are in favour of a drinks deposit scheme, however, The Packaging Recycling Group Scotland has publically opposed the scheme, recommending alternative proposals to promote recycling.

In June last year, Scotland officials met with the UK Government to discuss the potential for a deposit return scheme for drinks bottles and cans across the UK and Northern Ireland’s Environment Minister, Mark H Durkan, also announced he was considering the introduction of a money back on bottles scheme to help boost recycling.

Zero Waste Scotland led a consultation on the subject and received 63 responses from stakeholders including from ASDA, Coca Cola, Sainsbury’s and Britvic.

Coca Cola responded, saying: “We agree with Keep Scotland Beautiful who say: “The scale of the investment that would be required to roll out a DRS, and the lack of evidence that it would deliver any significant reduction in litter, means a DRS is not the right solution to the litter problem in Scotland at this time.”

ASDA said: “It is our view, however, that the introduction of a DRS would be a regressive step that would penalize people on low incomes and cause serious inconvenience for shoppers, many of whom play an effective part in recycling.”