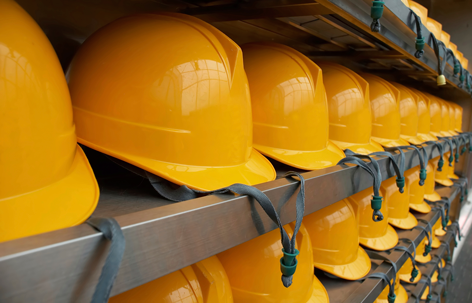 A global metal recycling company has been fined £150,000 for safety failings after a worker was killed when part of a 33-tonne metal barge he was dismantling collapsed on top of him.

The recycling giant, EMR, which operates across Europe, Asia and the Americas, was jointly sentenced today (19 Dec) after an investigation by the Health and Safety Executive (HSE) identified serious flaws with the method of work being used to dismantle the barges.

Mr Ward had finished cutting through the outer skin of the barge’s hull and had moved inside the now unsupported structure to cut some supporting braces when the side collapsed in on him. The married father of two died at the scene.

HSE inspector Mark Austin – “European Metal Recycling Ltd used Mr Ward to work for them as a burner, and were responsible for his safety and for ensuring the barges were being dismantled in a safe manner”

EMR failed to do enough to protect the workers, and ensure that burning contractors on site were competent and working safely.

European Metal Recycling Ltd of Westbrook, Warrington, Cheshire, was fined £150,000 and ordered to pay £80,000 in costs after pleading guilty to breaching Section 3(1) of the Health and Safety at Work etc Act 1974.

Speaking after the hearing, HSE inspector Mark Austin said: “European Metal Recycling Ltd used Mr Ward to work for them as a burner, and were responsible for his safety and for ensuring the barges were being dismantled in a safe manner.

“Our investigation found they all neglected that responsibility and Mr Ward has paid the ultimate price with his life – a terrible and senseless loss that was completely preventable had the work been better planned and managed.”

Mrs Ward’s wife of 25 years, Mrs Jayne Ward, said: “On hearing of Billy’s death, my world was turned upside down. In those first days after his death, I was in a state of shock.

“The news was so sudden and one of the worst things was not to have been able to say goodbye.

“Other people can go home to talk to their partners and parents. I have no partner now and the boys have no father.

“I think of all the things that Billy will never see – the boys getting married, having children, children which would have been our grandchildren.

“As a couple, you build up a picture of your life together going forward – seeing the boys settled, grandchildren, retiring and spending time together. All this has been taken from him, from me and from the boys.”