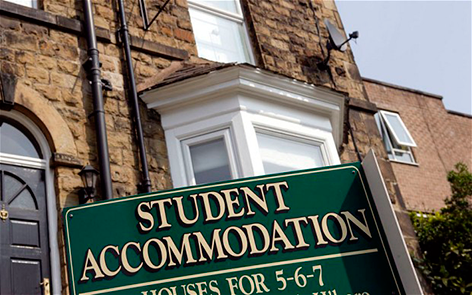 Ministers have challenged local authorities that are using regulations to charge students for collecting their waste by “forcing” the cost onto landlords.

Some councils charge landlords of students in privately rented accommodation blocks for waste services despite student accommodation classed as domestic residences and students being exempt from council tax.

In a joint letter to all local authorities, ministers from the Department for Communities and Local Government and Department for Environment, Food and Rural Affairs highlight how “forcing the cost of waste collection onto landlords, and subsequently onto students, to try and raise incomes could lead to a rise in fly-tipping and illegal dumping of waste that could, perversely, leave the councils financially worse off in the long run due to clean up costs.”

Defra described the act as a “backdoor bin charge”, saying it goes against the intentions of the regulations that allow for local authorities to charge for the collection and disposal of waste from a wider range of non-domestic properties than before.

It said that such charges “should not be made on blocks of privately rented student accommodation and ministers have made clear that they are prepared to legislate if councils insist on continuing these exploitative charges.”

While it is legal for councils to charge the landlords for bin collection, Secretary of State for Communities and Local Government, Eric Pickles, has accused those that do of trying to make a quick buck.

He said: “Sneaky councils attempting to make a quick buck by charging landlords of hard-up students for their bin collection is the worst form of short-term thinking. The subsequent increase in fly-tipping and backyard burning could cost them more in the long run and undermine community relations.

“Instead of using students as a revenue generator, local authorities should be working with them to improve recycling rates and building community cohesion.”

Lord de Mauley said: “These councils need to think again. I would ask them to work with students, communities and each other to reduce waste and encourage more recycling.

“Councils run the risk of fly-tipping and illegal dumping, not to mention large clean-up costs which could cost them more in the long run.”

There are more than 2.5m students enrolled in the UK’s 164 universities. Full-time students do not pay council tax because of the student disregard under the Local Government Finance Act, which waives their tax liability.

Councils are compensated via the Local Government Finance system for having a student population, to make up for not receiving council tax revenues.