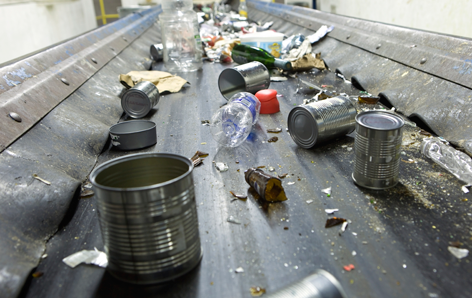 The sample sizes for MRF sampling and reporting regulation should be increased to provide more accurate data, according to the respondents of an opinion poll.

Axion Consulting recently commented on the first quarterly data set, recently published by WRAP for October to December 2014, saying that the majority of MRFs “have been well prepared” with “good quality equipment and sorting stations”.

However, it said that ensuring samples are truly representative can be challenging and the sample sizes outlined in the MRF Regulations are “still quite small”.

“It would be helpful to see if there is any scope to increase sample sizes in the future,” Axion Senior Engineer, Richard McKinlay said.

When visitors to CIWM Journal Online were asked whether they agreed, the majority (68%) responded “yes”, while just under a third (32%) responded “no”

When visitors to CIWM Journal Online were asked whether they agreed, the majority (68%) responded “yes”, while just under a third (32%) responded “no”.

The Regulations require qualifying MRFs to provide quarterly details of the mixed waste tonnage received from each supplier and the output tonnage despatched by four material streams.

Under the regulations, MRFs are also required to take samples of the input and output material so that the average percentage of target, non-target and non-recyclable material can be estimated.

The data aims to enable the market to obtain a greater understanding of recycling quality, through the transparency of data in this area.

The second set of data was published yesterday, showing the average percentage (by weight) of target material received by responding MFs in Q1 2015 was 86.8%, which is very similar to the previous quarter (86.6%).

Ray Georgeson, chief executive of the Resource Association expressed concern at the lack of operators that supplied data.

CIWM Jounral Online’s latest opinion poll is asking: A recent report by waste management company Biffa suggests market forces will lead to a “natural balance of capacity”. Do you agree?

To HAVE YOUR SAY go to the HOMEPAGE.