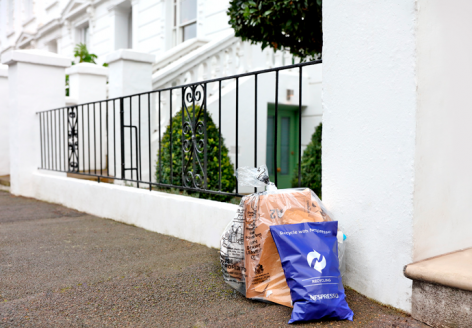 Nespresso has announced the launch of a recycling pilot project in partnership with the Royal Borough of Kensington and Chelsea, meaning that consumers living in this part of London will now be able to recycle their used aluminium coffee capsules through their council household recycling service for the first time.

It is the first pilot project of its type for Nespresso in the UK and forms part of the company’s ambitious project to expand existing recycling schemes and give customers easier and more convenient options to recycle used aluminium capsules.

Francisco Nogueira, Managing Director, Nespresso UK and Ireland, said: “We know recycling is incredibly important to Nespresso Club Members and it remains a top priority for us as a business. We launched our own dedicated recycling services seven years ago. We have seen them go from strength to strength as we have widened the variety of ways for customers to return their capsules. Every week we are seeing an increase in the volume of capsules being sent in by customers through our system. But we know there is still much to be done and recycling through the municipal system is something our members have asked for.”

Currently, consumers can recycle their capsules in a number of ways including at one of the 24 Nespresso boutiques across the UK, at the Nespresso Café in London, via a home collection service which collects the used capsules at the same time as your next Nespresso delivery or via one of the 6,000 Doddle and Collect+ collection points across the UK.

A convenient new way to recycle

Nespresso says that the pilot project is the first step  in working with councils to improve the collection of the capsules and making recycling of them even easier. Residents will now be able to put their used aluminium capsules out for recycling alongside their regular recycling bins. The capsules will then be collected alongside the normal recycling collection service provided by SUEZ.

Sarah Ottaway, National Recycling Manager for SUEZ in the UK said of the trial: “We know that residents in Kensington and Chelsea, like many places, have a desire to recycle a greater range of products and materials within their kerbside recycling scheme, which this trial will enable them to do.

“We also know from experience that residents like simple, regular, collection systems that allow them to recycle as much as possible. By collecting Nespresso capsules alongside the normal regular collection service, this is exactly what the trial offers, so we’re excited to see the results.”

Nespresso members who have opted in to receive communications from Nespresso and who live in the Royal Borough of Kensington and Chelsea will be sent 6 new purple recycling bags in the post to put their used capsules in and these will be collected as usual on residents’ designated collection day. The bags will then be sent to the dedicated Nespresso recycling facility and any waste coffee grounds will also be used to create nutrient-rich compost.