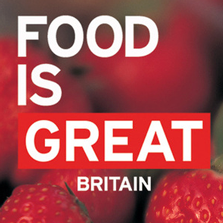 From 2017, central government will commit to buying fresh, locally sourced, seasonal food, through a new, simplified food and drink buying standard, which will aid in the reduction of waste through food reduction, according to newly appointed Secretary of State, Liz Truss.

The Prime Minister David Cameron announced that from 2017, all of central government will commit to buying fresh, locally sourced, seasonal food, so that all food that can be bought locally will be bought locally.

Public sector buyers will judge potential suppliers against five key criteria, including the resource efficiency of producing the food, such as water and energy use and waste production.

This will be done through a new, simplified food and drink buying standard, “The Plan for Public Procurement”, which will benefit thousands of British farmers, small businesses, rural economies and the British public, according to Defra.

Environment Secretary Elizabeth Truss said: “This move will mean that food served in canteens across the public sector can be more local, seasonal and tastier.

“It will help drive growth in Britain’s first class food and drink industry and benefit the environment through reduced waste, higher take-up of meals and less unappetising food left on plates.

Liz Truss – “It will help drive growth in Britain’s first class food and drink industry and benefit the environment through reduced waste, higher take-up of meals and less unappetising food left on plates”

“This is a huge boost to British farmers and producers and for students, patients and employees who want to enjoy fantastic food.”

The public sector in England spends £1.2bn every year on food and drink.

Up to £600m of that is spent on imported produce, £400m of which could be sourced from within the UK.

The commitment from central government to use this new buying standard means that just over half of £400m of potential new business for the British food industry will be up for grabs by British farmers. In addition, the wider public sector will be encouraged and supported in using the new framework with the expectation that all schools and hospitals will, in future, serve more locally reared meats and freshly picked fruit and vegetables.

Prime Minister David Cameron said: “Our long-term economic plan is all about backing the do-ers and the hard-workers – and no one does more or works as hard in Britain today than our farmers. By opening up these contracts, we can help them create more jobs, invest in their businesses and make sure people in our country have a healthier lifestyle.

“It’s a triple win – and will mean a brighter future for our country.”

Other criteria for potential suppliers includes: