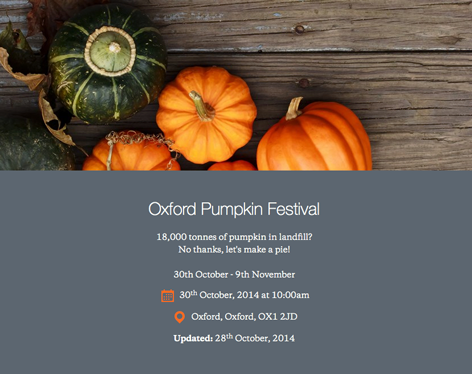 Around 18,000 tonnes of pumpkins were sent to landfill in the UK last Halloween, according to the charity Hubbub.

This is the weight of 1,500 double decker buses.

Two-thirds of people throw their pumpkins away once Halloween is over, research by Populus that suggest – a quarter of which throw the edible pumpkin flesh straight in the bin.

Hubbub, says it is time to rescue the pumpkin and from this week will host the Oxford Pumpkin Festival to encourage consumers to think about the food they throw away and teach ways of combating waste.

“Halloween is increasingly popular in the UK, but we seem to have ignored a crucial part of the US tradition: cooking with pumpkins rather than throwing them in the bin,” said Trewin Restorick, chief executive and founder of Hubbub. “With household food budgets under pressure, and 18,000 tonnes sent to landfill each year, it’s time we rescued the pumpkin.”

Viridor and its construction partners Lagan Construction and CNIM are celebrating the achievement of working one million man hours without a lost time accident (LTA) during the construction of the Energy Recovery Facility at Trident Park, Cardiff.

600+ employees were working on the site at the peak of construction from a wide range of trades, all ensuring that the facility is delivered safely and on schedule.

Mike McGuire, Construction Director at Lagan said: “This accomplishment is the direct result of the teams’ commitment to safety, employee involvement and accountability. The most important point has always been to provide a safe environment for our people on site and we work together to make any single operation as safe as possible”

Donald Renfrew, Head of Construction Health & Safety at Viridor said “I would like to thank and congratulate everyone working on site for their ongoing commitment and excellent work to ensure a safe and timely delivery of this project.

The individuals working on site have taken a proactive and collective approach to Health and Safety, which I am sure has been a key factor in the safety record of the Project to date”.

As a celebration of this important achievement, the partnership hosted a team lunch for the 220 employees currently working on site.

The Energy Recovery Facility is currently undergoing hot commissioning and is due for completion in December 2014. 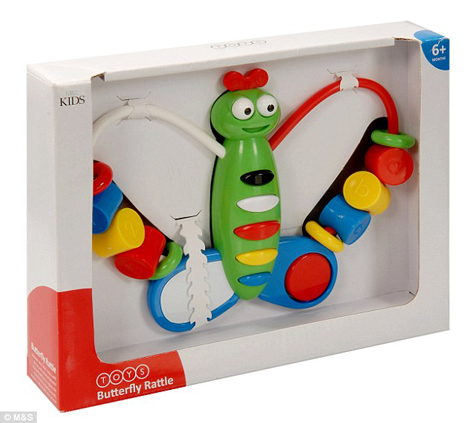 Marks & Spencer has launched a new paper packaging innovation, where number of the retailer’s toys have been packed with “PaperTies”, made from recyclable paper, which secure the product to cardboard packaging as effectively as plastic or wire fastenings, but can be easily disposed of in kerbside paper recycling bins.

The retailer says could spell the end for often unrecyclable plastic ties and wire clips.

M&S says the ties do not create any complexity at the packing stage and the single length and locking teeth design enables products of various sizes to be secured.

The PaperTies have been designed by an in-house team working with Sheffield Hallam University to improve the environmental credential of M&S’s packaging, as part of the company’s Plan A sustainability strategy that sets the company the goal of becoming the world’s most sustainable major retailer.

Alex Hill, senior packaging technologist for general merchandise at M&S, said: “Getting toys out of their packaging can be a big frustration for consumers and we have been working really hard over the last 18 months to find a solution. The PaperTies are designed to be as effective as plastic or metal ties, but can be torn easily – no more accidents trying to cut plastic and wire ties on Christmas Day, and no more frustrated children waiting to play with their new toy.” 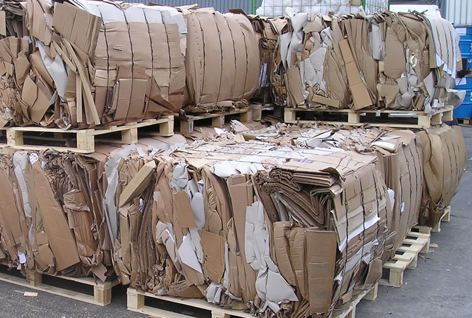 A spike in the theft of paper and cardboard earmarked for recycling is being blamed on scrap thieves looking for “soft” targets.

That’s the view of a British waste and recycling company that says increased security measures for scrap metal mean that criminals turning their eye on what previously been considered less lucrative refuse.

According to BusinessWaste.co.uk, the recovery in the price of recycled cardboard means that it’s now economically viable for crooks to make off with bales from companies’ loading areas with minimal risk.

“While the CCTV cameras and alarms are all trained on the scrap metal bin, thieves are finding easy money elsewhere,” says Business Waste spokesman Mark Hall. “And most of the time it’s ready for them in easy-to-handle bales.”

BusinessWaste.co.uk says it’s a crime that’s not as “glamorous” as scrap metal theft that’s seen road signs stolen, as well as the long-running curse of raids on leaded church roofs.

“Some police forces don’t take this kind of behaviour seriously, as it appears on the face of it to be a victimless crime,” says Hall. “Why investigate the theft of something from a rubbish bin?”

However, with companies able to sell baled cardboard waste for between £50-£70 per ton, it’s a crime that can net the committed criminal hundreds of pounds daily if they know where to look and where to dispose of their ill-gotten gains.

BusinessWaste.co.uk is calling on the police, local councils and the recycling industry to get together to address the problem.