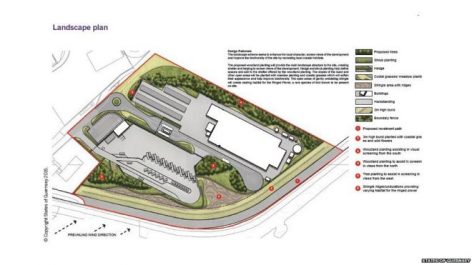 The States Of Guernsey has announced plans to build a waste facility with the capacity to process up to 26,000 tonnes of residual waste a year and will generate refuse derived fuel (RDF).

The multi-million pound facility, to be located at Longue Hougue, will also have the capacity to process 4,000 tonnes of food waste and 2,500 tonnes of glass and is expected to be fully operational in 2018, providing planning is approved.

A new household waste recycling centre to replace the current temporary facility at Longue Hougue will also be built.

A total of 12 odour mitigating measures have been detailed as part of the environmental impact assessment for the planning application for the site, and for noise, there are a series of recommendations to keep it to a minimum including implementing a limit.

It hasn’t been announced where the RDF will be exported to, but according to BBC News a tender has gone out for a supplier. 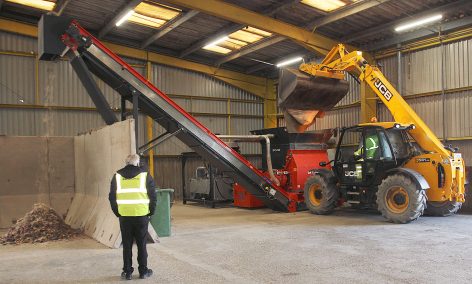 The Welshpool based company has announced the opening of a new recycling plant to create carpet fibre, which will mainly be used in the equestrian sector.

The new carpet recycling facility at Newtown, Powys, developed with £100,000 support from the Wales Economic Growth Fund, is now fully operational and has created ten new jobs and safeguarded a further six.

Wales Economy Minister Edwina Hart said: “I am pleased Welsh Government support enabled this project to go ahead which is not only reducing waste going to landfill but  recycling  resources and creating green jobs.”

Every year 400,000 tonnes of carpet waste is created in the UK with the majority going to landfill sites and currently only around 26% of discarded carpet is reused or recycled.

The new facility will use carpets that are unsuitable for cleaning and re-use that are collected from the 12 recycling centres and waste management facilities the company manages around Wales.

The aim is to divert 2000 tonnes a year from landfill with the capability of increasing to 6000 tonnes pa when at full capacity. It will also save local authorities and businesses £150,000 in landfill disposal costs each year.

Afree app that connects neighbours with each other and with local independent shops to share their surplus food will be going nationwide at the end of the month (January).

This could include food nearing its sell-by date from shops, cafes and markets, spare vegetables from the allotment, cakes from an amateur baker or groceries from household fridges when people go away or move home. Users simply snap a picture of the items and add them to OLIO for a neighbour to collect, be it from home, an OLIO Drop Box in a local store, or another agreed location.

OLIO will expand nationwide at the end of January, following the success of the service across London.

Globally, a third of all food produced is wasted, and in the UK, households alone bin over £12bn of edible food per year, at a cost of £700 to the average family.

The technology start-up also revealed in December it has raised seed funding from a leading Silicon Valley venture capital firm whose investments include Facebook and Spotify.The backing will enable OLIO to grow the team and expand its operations.

Up to £8 million investment to develop “smarter plastics”