South Oxfordshire’s dry recycling and composting rate of 65.71 percent for 2013-14 narrowly clinched the title from incumbent Rochford District Council, which recorded a rate of 65.47 percent.

South Oxfordshire had consistently been placed second in the annual league table since 2010, the year after the authority and neighbour Vale of White Horse District Council rolled out a new joint collection service recommended and implemented by Biffa Municipal.

Having topped the 2011-12 table, Vale of White Horse was placed third in Defra’s 2013-14 league table with a recycling and composting rate of 65.27 percent. Both councils recently extended their joint contract with Biffa for a further seven years, effective from 2017.

ReFood has announced the industry’s first dedicated scholarship programme to inspire the next generation of sustainable students. ‘Sustainable Visionaries’, will see undergraduates from across the UK compete to demonstrate why they believe minimising waste is key to achieving a circular economy.

From agriculture and logistics, to manufacture, retail and hospitality, the project will see hundreds of students competing in order to win a £5,000 bursary to progress their studies.

Already, the programme has seen a huge level of interest, with organisations such as Sheffield Hallam University, Moulton Agricultural College and Leith’s School of Food & Wine join as partners and offer their backing.

Undergraduates from each partnering organisation have been asked to develop a 500 word entry, detailing why they believe reducing food waste can help the UK achieve 2020 waste targets.

After receiving these entries, ReFood will choose a ‘sustainable champion’ from each partner, who demonstrates the most passion for minimising food waste.

Each champion will then be asked to visit ReFood’s state-of-the-art anaerobic digestion facility in Doncaster and present their ideas to a panel of waste management experts.

Whoever shows the most innovation will be awarded five thousand pounds to help support their studies.

ReFood win a CIWM Award this year. WATCH THIS to find out more. 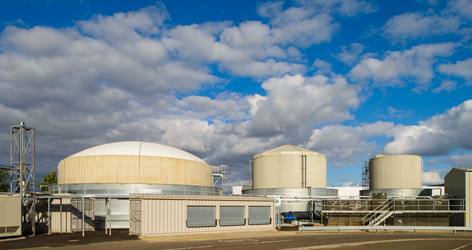 The on-site bio-energy plant was designed and built by Clearfleau for Nestlé’s Fawdon confectionery factory, near Newcastle. The financial and environmental benefits from Clearfleau’s plant are contributing to Nestlé’s efforts to develop environmentally-sustainable manufacturing at Fawdon, as a beacon site for the overall organisation.

One year after commissioning, the plant is converting 200,000 litres per day of feedstock into renewable energy.  This feedstock includes wash waters from the site and 1,200 tonnes of residual bi-products and ingredients per annum.

The biogas produced is fuelling a combined heat and power (CHP) engine, which produces 200kW of electricity, used in the confectionery production process.  This is about 8% of the factory’s power requirements, cutting the annual electricity bill by about £100,000 per annum.  In addition, the site has registered for the Feed in Tariff, and will receive annual payments of about £250,000 per annum.

Producer compliance scheme for the collection and recycling of WEEE, REPIC, has announced a new partnership with local authorities and a number of schools across the UK that is set to launch this month.

The REPIC School Adventure Challenge is a new initiative designed to raise consumer awareness about the importance of recycling old electrical items.

The simple educational initiative is a part of REPIC’s wider Responsible Recycling campaign that kicked off earlier this year.

Directed at Year 3 and 4 classes, this particular initiative gives participating school children the opportunity to take home a soft toy version of R3P1C, a recycled robot made out of end of life household electrical products, and compose a short story about an adventure he/she has experienced with R3P1C.

Five schools are already signed up, these include: