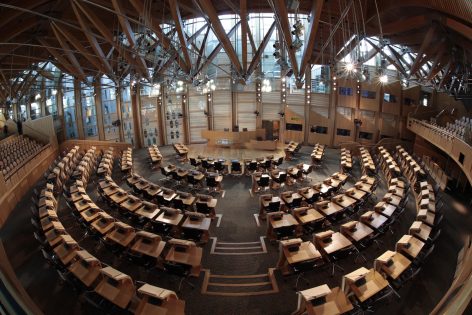 The next Scottish Government must build on the circular economy momentum already achieved by the current one, according to the Scottish Environmental Services Association (SESA)

SESA yesterday (9 March) published a manifesto in advance of the forthcoming Scottish Parliament elections, outlining a number of policy recommendations that its says must be considered if Scotland is to “fully realise the benefits of the circular economy”.

It says the central theme to this is the need to improve the quality of recyclable material captured through collection systems and for SEPA to take a harder line on illegal waste activities.

SESA’s Policy Advisor, Stephen Freeland – “The new Scottish Parliament must build on this momentum, and to inform discussion and debate SESA has set out in its manifesto, a number of recommendations for aligning Scotland’s policy framework with the circular economy”

SESA’s Policy Advisor, Stephen Freeland said: “Scotland is arguably in a better place than others in its transition to a circular economy, with an Institute of Remanufacture already providing a hub for industry innovation and design; and the Scottish Government objectives set out in a recently published circular economy strategy.

“The new Scottish Parliament must build on this momentum, and to inform discussion and debate SESA has set out in its manifesto, a number of recommendations for aligning Scotland’s policy framework with the circular economy.”

In its manifesto, SESA recommends that the next government:

Scotland published in circular economy strategy in February a week after the First Minster announced £70m of EU and domestic funding to support a more circular economy, alongside Scotland’s Manufacturing Action Plan.

The Circular Economy Strategy now sets out the Scottish Government’s early priorities for action, in the areas where Scotland is in a position to make rapid progress – such as remanufacturing – and where there is scope to deliver the most significant environmental and economic benefits, including food and bioeconomy, energy, infrastructure and construction.”

The new strategy will be delivered in close collaboration with Scotland’s enterprise agencies, SEPA and Zero Waste Scotland.

The 2016 Scottish Parliament elections will be held May 5.