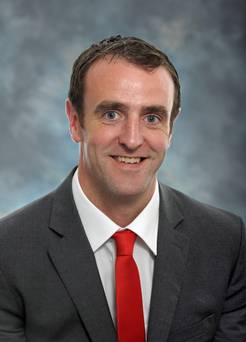 The Minister has circulated a new discussion document, “Environmental Governance in Northern Ireland” to key stakeholders from business and industry, agriculture, local government and non-governmental organisations. It can also be accessed by the general public here

Mark H Durkan said: “The restructuring of government departments next May creates an opportunity to put the appropriate structures in place to ensure our environment gets the level of protection it deserves.

“Some key stakeholders have expressed concerns since after May there will no longer be a Department of the Environment, with its functions being transferred across a number of departments. They fear that environmental protection functions will have to compete with other priorities in these new Departments.

“While I share some of these concerns, I also want to seize the opportunity that this offers. Most jurisdictions on these islands and Europe have some form of independent environment body. They have successfully demonstrated the advantages of a clear separation of roles and responsibilities between central government departments and those responsible for overseeing and implementing protection and regulatory responsibilities.

“I believe that an independent environmental protection agency is the way forward and the time to act is now so that this can be factored in to the restructuring plans that are underway. We need to get this right and the only way to do this is collaboratively. I want to hear from as many stakeholders as possible and would encourage them to carefully consider the content of the discussion document and take the time to respond with their views.”