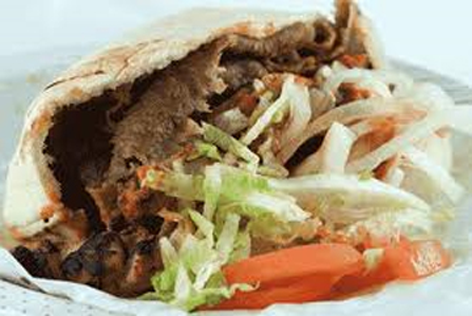 A waste management company has found through its own research that over 99 percent of bagged salads given away by takeaway food establishments are never eaten, with many thrown into waste bins unopened.

“We tried to find out who eats these salads, and we found literally nobody prepared to confess that they did,” says BusinessWaste.co.uk spokesman Mark Hall, “In our opinion, they’re nothing but a huge waste of food. Thousands of tons going to waste.”

BusinessWaste.co.uk asked hundreds (1459 people were involved in the survey) of takeaway food customers at several locations in the UK what they did with free salads given away as an accompaniment to curries or kebabs.

BusinessWaste.co.uk puts the reluctance of many people to eat salads from takeaways down to the mistaken perception that there’s probably something wrong with it, or that it has been prepared in an unhygienic kitchen.

However, that reason is the one most heard by BusinessWaste.co.uk when it asked customers why they avoided takeaway salads:

“It’s a very simple solution,” says Hall, “And one that will save food establishments money and puts and end to the thousands of tons of food wasted every year…

“We’re all for getting your five-a-day,” says BusinessWaste.co.uk ‘s Mark Hall. “But in this case, our message is loud and clear – Say ‘NO’ to salad!”

Copper Consultancy Jump On Their Bikes To “Challenge Cancer”

John Twitchen, Sam Cranston, Ryan West and Rozi Pearson have been in training in preparation for the 100km cycle ride. Teamwork, communication, will power and endurance will all be needed in bucket loads for Team Copper to successfully pedal their way through the moonlight and whatever kind of weather awaits them.

The team will be raising money for Macmillan Cancer Support. Every penny raised will help towards the vital work that this key charity does including supplying healthcare, raising awareness, and providing emotional and financial support for those battling cancer.

In order to help with fundraising, Team Copper is offering a bottle of England’s finest sparkling wine to one lucky sponsor from amongst those that donate at least £5 to the Team Copper “Challenge Cancer” Just Giving web page before 12pm on Friday 19 September. The lucky winner will be drawn at random and announced at 3pm that day.

John Twitchen, Executive Director at Copper and a keen cyclist, said: “You can be assured that we will all do our best to make Copper, Macmillan and our all our sponsors proud. Any contribution you can make to help us on our way would be much appreciated, and you can keep up to date with our progress via #CopperL2B on Twitter.”

You can support Team Copper’s charity efforts by donating via: www.justgiving.com/Team-Copper/

More information regarding the ‘Challenge Cancer’ campaign can be found HERE 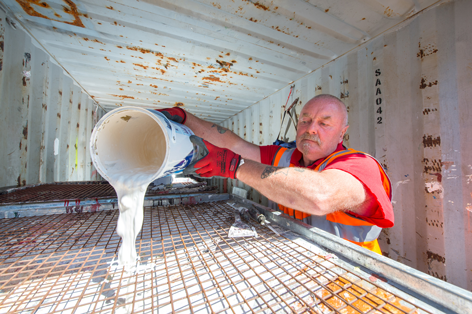 An innovative machine is helping a council recycle unwanted paint that would normally go to waste.

The new machine developed at North Lanarkshire Council in Scotland highlights how local authorities and their service partners can co-operate to boost recycling rates.

Network Waste’s work with the Mears Group has led to Mears Scotland increasing its recycling rates on its North Lanarkshire contract, reducing its carbon footprint and making significant financial savings at its Motherwell waste operation.

In the past year the amount of waste diverted from landfill by Mears employees has increased to 98 percent.

The Mears Group runs a £30m repair and maintenance contract onbehalf of the council.  The savings are illustrated in the way in which paint is recycled.

Mears’ supply chain manager Colin Erskine said: “We often have a large volume of paint left over from our maintenance work on council properties and from void property clearances.

“This new system of storing the paints allows us to separate and recycle the paint efficiently instead throwing away liquid and tins. In simple terms we have designed a funnel system which drains paint into an intermediate bulk container. This makes the waste liquid easier to handle and allows the dried out tins to be recycled as scrap metal.”