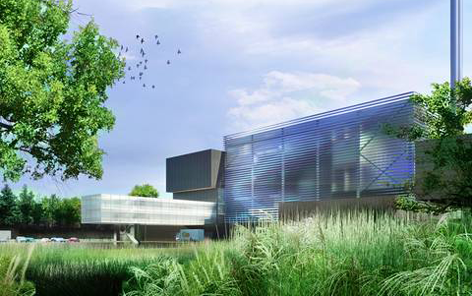 A landmark deal that will see waste from Norfolk turned into energy in Suffolk has been signed after Norfolk voted to abandon its waste contract with Cory Wheelabrator earlier this year.

The agreement between the two authorities will see 40,000 tonnes of Norfolk’s residual household waste turned into electricity at Suffolk’s new energy from waste (EFW) plant in Great Blakenham.

The agreement is subject to Defra approval, but waste is expected to start being delivered to the plant in August.

Both councils stand to make savings of around £1m each from the two year deal by working together on their waste management operations.

Suffolk County Council stands to benefit from economies of scale because sending more waste to the Great Blakenham plant will reduce the treatment cost per tonne. It will also help reduce its contract management costs.

George Nobbs, Leader of Norfolk County Council – “This deal demonstrates unequivocally that local authorities like us have the determination, the will, the ability and the maturity to share their services where such arrangements will bring mutual benefits. That is certainly the case with this agreement”

Leader of Norfolk County Council, George Nobbs, said: “This deal demonstrates unequivocally that local authorities like us have the determination, the will, the ability and the maturity to share their services where such arrangements will bring mutual benefits. That is certainly the case with this agreement.”

Councillor Mark Bee, Suffolk County Council’s leader, said: “We have always believed that our energy from waste facility is a good environmental solution for Suffolk and great for the tax payer.  “The contract will save £8m by stopping waste going into landfill in Suffolk, so I am delighted to add to that figure in a way that financially benefits both our councils.

“Today demonstrates yet another way we’re working in close partnership with Norfolk, this deal is not only good news for both county councils, but for all those living in Norfolk and Suffolk.”

The Great Blakenham EfW (artist impression above) has always been designed to handle up to 269,000 tonnes of waste each year. Currently, Suffolk County Council is committed to sending 170,000 tonnes for treatment – meaning there is capacity to take more waste from local councils, and private companies in the East of England.

This deal for 40,000 tonnes represents about 10 percent of the total amount of household waste Norfolk produces each year – or 20 percent of its residual waste. The operator of the Great Blakenham plant, Sita UK, is seeking further contracts to make sure the facility runs to maximum capacity and efficiency.

The majority of the waste that will be sent to Suffolk’s EFW is currently sent to Aldeby landfill site near Beccles – and orginates from households in North Norfolk and Great Yarmouth area.

Under the new agreement, the waste will, instead, be transported to and from the Suffolk plant in eight HGVs per day, using the designated lorry routes across the two counties’ road networks.

Norfolk County Council’s proposed Kings Lynn waste plant was ditched earlier this year on the grounds of failure to secure satisfactory planning permission, after Pickles failed to reach a decision.

At the time, a statement from Norfolk County Council explained: “In August 2012 the planning application for the plant was called in for determination by the Government. Following a planning inquiry last year (2013), the Secretary of State for Communities and Local Government, Eric Pickles, said a decision would be made on or before 14 January 2014. No decision has been announced…”

The cost of terminating the contract is estimated to be £30.26m, comprising capped compensation to the project’s consortium – Cory Wheelabrator – of £20.3m, contractor public inquiry costs of £1.6m and exchange rate and interest rate related costs of £8.36m.