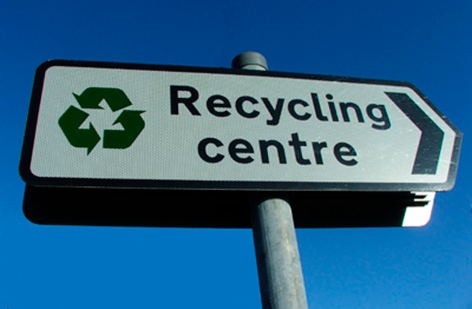 A proposal by Northamptonshire to consider charging £1 for people to visit its household waste recycling centres has been critised by the Green Party, which says it would dissuade people from using them and would increase fly-tipping.

The council is considering charging £1 per visit to its 10 waste sites from next year, but the Green Party said it would discourage people from using them and lead to an increase in fly-tipping.

Northamptonshire’s Conservative-run authority said it is cutting £128m from its budget over four years and was looking to find £1m of that from waste disposal. It said the charge would not put people off using the centres.

Councillor Michael Clarke – “You will always have a very small minority who will fly-tip, but the vast majority attach value to recycling centres. People already spend money on petrol in getting to the centres, so asking them to pay an extra £1 is not going to be a deal-breaker”

Tony Clarke, a Green Party campaigner, said: “It’s going to increase fly-tipping and these councils should be environmentally responsible.

“What you got here is one council taking a measure to save money by bringing income in, which will mean more stuff being dumped on roadsides, which the borough councils will then have to pay to collect.”

Councillor Michael Clarke, county council cabinet member for the environment, said: “You will always have a very small minority who will fly-tip, but the vast majority attach value to recycling centres.

“People already spend money on petrol in getting to the centres, so asking them to pay an extra £1 is not going to be a deal-breaker.

“The income we would generate from a nominal charge would go a long way to bringing in the savings for the benefit of council tax payers.”

The news comes after Norfolk county council announced it would consult on proposals for a £2 public charge at nine of its 20 household waste and recycling centres.

Norfolk county council said it needed to make up a £189m shortfall in its overall budget over the next three years and it forecasts that introducing a £2 HWRC charge per visit will earn them £280,000 in 2016/17.

The councils have a legal duty to provide places for residents to deposit household waste free of charge.

A Norfolk council spokesperson said: “None of the proposals being put forward for frontline services so that the county council can bridge the unprecedented funding gap that we are facing in Norfolk.”