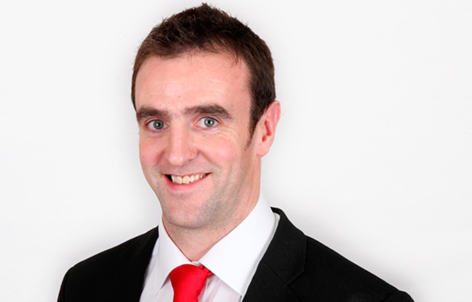 The Environment Minister, Mark H Durkan today (9 April) gave his formal response to the findings of the Mills report into both the illegal dump at Campsie and waste management in Northern Ireland.

The previous Environment minister commissioned the Mills report after he decisively moved to close a major waste facility in the North West at Campsie, following a criminal investigation by the DOE.

The Minister also highlighted that he is developing a Better Regulation Bill to transform the overall approach to environmental regulation in Northern Ireland.

Mark H Durkan said: “We need to use the resources at our disposal much more efficiently in tackling waste crime. The waste sector in Northern Ireland is highly vulnerable to criminal infiltration and some of this activity is linked to organised crime. That’s why it’s important that I reshape DOE to create a new directorate that will be joined up.

Mark H Durkan – “We need to use the resources at our disposal much more efficiently in tackling waste crime. The waste sector in Northern Ireland is highly vulnerable to criminal infiltration and some of this activity is linked to organised crime”

“I also have a detailed action plan in place. Key actions will include: a regime of targeted inspections to ensure all waste operators comply with the law; a new partnership with local government so that local councils and NIEA share information, resources and strategies to manage waste properly; - innovation partnerships with Northern Ireland businesses to help them stop creating waste and cut costs.

“Further, a new Bill, the Better Regulation Bill, will help us because it will transform our environmental regulatory systems by creating the capacity for the Department to issue one streamlined integrated permit to a business. It will also give NIEA uniform inspection powers meaning that an individual officer will be authorised to inspect against all environmental regulations rather than only a limited number as at present. This will mean the same number of NIEA officers will be able to carry out a significantly increased overall number of inspections and in a much more targeted way.

“Tough and effective waste crime enforcement is critical. We must be vigilant and fearless in chasing people who deliberately set out to make money by damaging our environment, our communities and our legitimate businesses through illegal waste dumping, fuel laundering and other forms of waste crime. It is unacceptable and must be eliminated.”

He concluded: “The actions that I have announced today will set in motion a transformation in resource efficiency and waste management in Northern Ireland.”

Mills report was commissioned in June 2013 by the then Environment Minister Alex Attwood in response to the discovery of an illegal waste dump at Campsie in the townland of Mobuoy near Derry.

The current Minister announced the outcome of the report in December 2013. The Mills report highlights the need to consider our entire waste system, to understand how criminals can exploit it and to be more rigorous and robust in regulatory activity and stopping criminals entering the waste industry.