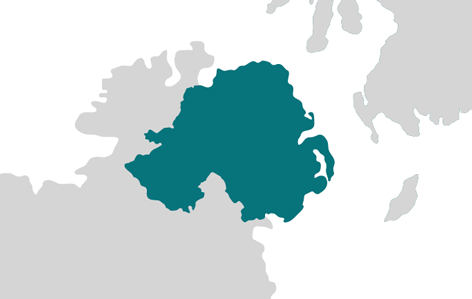 For the first time Northern Ireland recycles and composts more waste than it landfills, according to provisional data published yesterday (23 October).

These revealed that households sent just over a quarter (25.5 percent) of their waste for composting, up 4.1 percentage points on the same period last year and reaching a new quarterly peak. A further one fifth (19.7 percent) of household waste was sent for recycling.

During this same period, the proportion of household waste sent to landfill fell by 8.1 percentage points to 40.2 percent, which is the lowest quarterly figure on record.

Mark H Durkan – “It is good to see that we have finally turned the corner when it comes to making use of our resources. Rather than burying them in the ground, we are finding new ways to recover some of their value”

Despite these notable improvements by households, the overall household waste arisings for this quarter have continued to increase for the second year running. These have increased by 6.7 percent from 212,332 tonnes last year to 226,618 tonnes this year.

The data in this report are based on returns made to WasteDataFlow, which is a web-based system, used by all UK local authorities to report LAC municipal waste.

Environment Minister, Mark H Durkan, said: “It is good to see that we have finally turned the corner when it comes to making use of our resources. Rather than burying them in the ground, we are finding new ways to recover some of their value.

“The proportion of household waste sent to landfill fell by 8.1 percent to 40.2 percent, the lowest quarterly figure on record and the recycling and composting rate has increased to 44.5 percent.

“Less landfill means lower rates being spent on landfill tax and less impact on the environment from lower emissions of greenhouse gases. I would encourage everyone to keep up the good work to reduce, re-use and re-cycle.”

A total of 257,614 tonnes of local authority collected municipal waste were collected in Northern Ireland which is an increase of 6.7% on the same quarter last year when 241,381 tonnes were collected. Household waste arisings also increased by the same proportion (from 212,332 tonnes last year to 226,618 tonnes this year).

The proportion of local authority collected municipal waste sent for recycling and composting (44.5%) has increased by 2.4 percentage points compared with the same period last year (42.1%).

Household kerbside capture rates for the primary waste categories ranged from a high of 56.9% for paper and card to a low of 1.4% for Waste Electronic & Electrical Equipment (WEEE). The capture rates for organic/compostable and glass waste have seen notable improvements when compared with the same quarter of the previous year. These increased by 5.7 and 3.9 percentage points respectively.

In total 53,996 tonnes of biodegradable LAC municipal waste were sent to landfill during this quarter, 15.6% less than the same quarter last year (64,011 tonnes). This equated to 18.5% of the annual allocation.