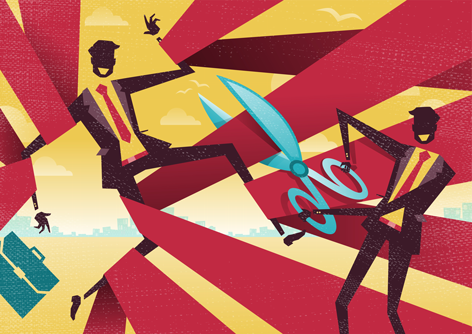 Environment Minister Mark H Durkan has driven forward new legislation that aims to help protect the environment and give a boost to environmentally responsible businesses by simplifying legislation and reducing red tape.

The Bill aims to reduce the complexity of environmental legislation in respect of environmental permitting and powers of entry and associated powers in order to “lessen regulatory burdens on businesses” – two key areas identified as a priority for legislative reform.

Mark H Durkan – “The Bill will find less burdensome, less unnecessary, ways to regulate. At the same time it finds better ways to protect the environment, while facilitating economic growth”

The Bill also provides for the introduction of a new environmental permitting regime to replace the current model. A wide range of activities involving the management of waste or causing emissions that have the potential to pollute the air, water or land must have a permit in order to carry out these operations.

The new environmental permitting regime will be characterised by a common permitting hierarchy, comprising tiers of authorisations ranging from general environmental rules and registrations through to standard or bespoke permits, depending on the level of environmental risk posed by the activities concerned.

Speaking after the debate in the Assembly Mark H Durkan said: “Smarter environmental regulation is better for the environment and better for business. There is currently a raft of legislation relating to environmental regulation under which permitted and regulated processes operate. This Bill aims to harmonise and simplify this legislation. The Bill will find less burdensome, less unnecessary, ways to regulate. At the same time it finds better ways to protect the environment, while facilitating economic growth.”

The Bill also provides for a new “streamlined” method for listing authorised fuels and exempted fireplaces for use in a smoke control area; it removes the requirement to make further assessments of air quality in relation to Air Quality Management Areas; and it transfers responsibility for the regulation of drinking water quality for public supplies from the Department for Regional Development to the Department of the Environment.

The policy underlying the Bill was developed as a result of extensive consultation, initially by research carried out and published in the Department’s 2011 White Paper on Better Regulation. The Department consulted widely on its “Proposals for an Environmental Better Regulation Bill” in May 2013.

All types of businesses will be able to benefit from a more streamlined environmental regulatory system which will allow for certain existing permissions to be brought together into a single environmental permit.

Further details on how the new system will work in practice will be provided when the consultation on environmental permitting regulations is carried out and the statutory review of powers of entry is completed after the Bill is passed.