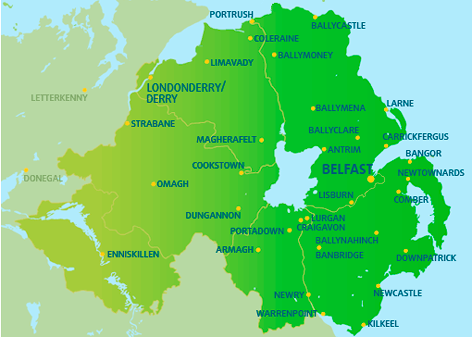 According to new quarterly figures, Northern Ireland local authority collected municipal recycling has increased to its highest ever Spring level at 42.1 percent.

This means that less than half of Northern Ireland’s waste is now sent to landfill.

For the period April to June 2013, there is over a one percentage point increase compared to the same period in the previous year with the household recycling rate also reaching a new high of 42.7 percent for the period.

Commenting on the figures Environment Minister Mark H Durkan said: “The increase in recycling to their highest ever Spring levels is good news. It shows that as a society, we are changing our thinking and behaviour when it comes to waste. More of us are reusing resources, which we would normally have simply classed as waste.

Environment Minister Mark H Durkan said: “The increase in recycling to their highest ever Spring levels is good news. It shows that as a society, we are changing our thinking and behaviour when it comes to waste”

“Both householders and businesses can check they are maximising their recycling opportunities by visiting the Rethink Waste website funded by my Department. Another opportunity is to get involved in the European Week for Waste Reduction (16-24 November) as we all know prevention is better than a cure.”

Of the three groups that handle waste across Northern Ireland, Arc21 in the east sent the lowest amount of rubbish to landfill, while SWaMP2008, which covers the south of Northern Ireland, had the highest level.

But much more needs to be done, said Sue Christie from Northern Ireland Environment Link.

“We’re still not up there with the best that we can do in the UK and we really need to set our sights a little bit higher,” she said. “A lot of work needs to be done on preventing waste in the first place, especially around food where so much of the food which is grown is actually going to waste and going to landfill.”