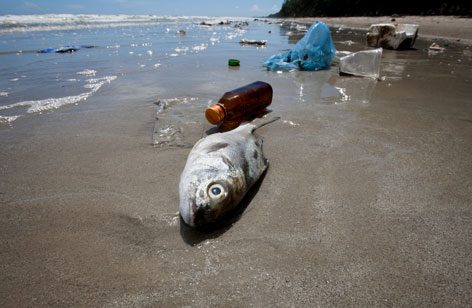 Plastic bags are down by almost a half on British beaches, according to the latest report by the Marine Conservation Society.

The results revealed 268,384 individual pieces of waste were picked up – a little lower than last year (see diagrams).

The number of plastic bags found has almost halved, which MCS has attributed to the implementation of the single use plastic carrier bag levy now place through the entire UK.

The MCS, however, found what it’s call an “astonishing” rise in the amount of balloon related litter, up over 50% on 2015.

There were more drinks containers, bottle caps and lids, too – up more than 4% on the previous year.

Earlier this year the UK Government announced six billion fewer single-use plastic bags were used since the introduction of the 5p charge.

Over seven billion carrier bags were issued by seven main retailers in 2014, falling to just over half a billion in the first six months of the 5p charge for single use carrier bags introduced in October 2015.

England’s levy on single-use plastic bags was introduced in October last year. Retailers that employ 250 or more full-time equivalent employees are required by law to enforce the charges. Small or medium-sized business are not required to charge, but may do so voluntarily.