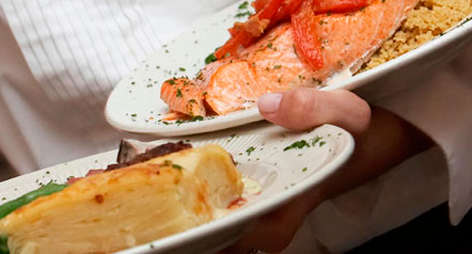 The UK’s hospitality and food service sector is facing an annual bill in excess of £2.5bn for food waste, a new WRAP report revealed today (21 Nov).

The report, “Overview of waste in the UK Hospitality and Food Service (HaFS) Sector”, also predicts that this figure could rise beyond £3bn by 2016 unless steps are taken to prevent food being wasted.

Charlotte Henderson, WRAP – “WRAP’s report outlines steps that will empower industry to tackle this problem, by wasting less and recycling more. When you consider the average annual cost per outlet is an estimated £10,000, it makes business sense to save money by reducing food waste”

“WRAP’s report outlines steps that will empower industry to tackle this problem, by wasting less and recycling more. When you consider the average annual cost per outlet is an estimated £10,000, it makes business sense to save money by reducing food waste.”

“Overview on waste in the UK Hospitality and Food Service Sector” is the most in-depth study of the sector ever undertaken in the UK, according to WRAP.

The report details waste produced in each of the nine subsectors including restaurants, quick service restaurants, hotels, pubs, leisure, healthcare, education, staff catering and services. It includes a breakdown of the type of food being wasted, as well as the cost of this food waste for each subsector.

The report’s key findings across those nine subsectors include the following:

Charlotte said: “Understanding how and why food waste arises within the sector is crucial if we are to tackle the problem, and save money. Today’s report gives the fullest picture of the scale of the opportunity, and outlines practical ways the industry can overcome the problem.”

Steps are already underway to help industry tackle the problem of food waste. The Hospitality and Food Service Agreement, a voluntary commitment created by WRAP on behalf of the governments in England, Scotland, Wales and Northern Ireland was launched in June 2012 and has 171 signatories and supporters. The Agreement is helping industry to prevent food and associated packaging waste under two targets:

WRAP today also launched a new microsite to support the sector in reducing waste and help it recycle more.