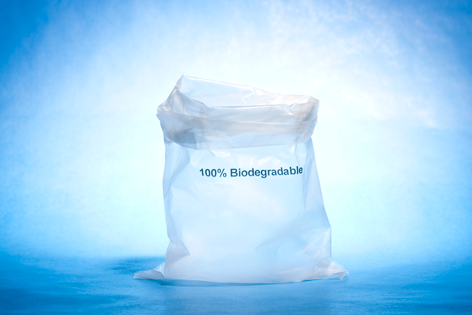 A report that claims d2w oxo-biodegradable (controlled-life) plastics have no material effect on the recycling process or on the recycled plastic products has been published.

The report, by the Transfercenter fur Kunststofftechnik (TCKT) in Austria, says that recyclate from oxo-biodegradable plastic can safely be used in the manufacture of thick cross-section plastic products intended for long term use outdoors. Such products would include plastic lumber, garden and municipal furniture, and signage posts.

TCKT is the European industry specialists in application-oriented research and development in plastics engineering.

The purpose of oxo-biodegradable plastics is that they will biodegrade if they get into the open environment as litter, and will not lie or float around for decades. During their life they are just as strong as conventional plastics, and can be recycled if collected, says Symphony Environmental Technologies.

The same cannot be said of hydro (sometimes called compostable or bio-based) plastics, it said, because they cannot be recycled with conventional or oxo-biodegradable plastic without detriment to the resulting products, and they are tested to biodegrade in the special conditions found in an industrial composting unit – not in the open environment.

As well as being recyclable, d2w oxo-biodegradable plastics can be made in plastics factories with their existing machinery and workforce at little or no extra cost, the report states.

Michael Laurier, Symphony’s chief executive, said: “This latest study is an important step forward, as it eliminates the concerns of the recycling industry.

“For several years our sales have been slower than anticipated as decision-makers were concerned with potential contamination of the waste plastic feedstock by oxo-biodegradable plastics.

“These four expert studies finally prove that products made with d2w are fully compatible with recycling and should be freely used without any further concerns.

“As not all the plastic is collectable for recycling, it is important to use d2w plastics, which will biodegrade if they get into the open environment as litter, and will not lie or float around for decades.”