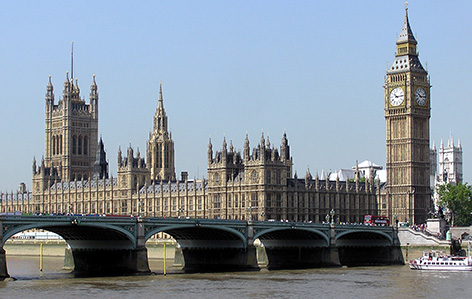 Communities Secretary Eric Pickles has endorsed a new magazine that is aimed at delivering a guide to political and industry best practise in ten areas, including local government and environment.

The Parliamentary Review will today (30 Sept) land on the desks of the UK’s 60,000 leading chief executives, Ministers and opinion formers, aiming to deliver a guide to political and industry best practice.

With contributions from the likes of Jeremy Hunt and Eric Pickles; chief executives from the Financial Conduct Authority, the Russell Group, and the Care Quality Commission; and political commentary from leading journalists – The Parliamentary Review aims to offer a guide on how sector leaders have responded to challenges in the political and economic environment.

The first edition of The Parliamentary Review reflects on the biggest challenges of the past year with analysis, and non-partisan commentary.

Secretary of State for Local Government, Eric Pickles, said: “In DCLG we have spent the last three years pushing power back into the hands of those who should have it – local people. Giving them the tools to make changes they want to see in their communities and freeing them from the bureaucracy of red tape.

Tom Delay, Carbon Trust – “It is encouraging to see cross-party consensus in Westminster and broad agreement in boardrooms that immediate action is needed to protect the environment. Water use is increasing, volumes of waste are becoming a major problem, and key resources are becoming more scarce”

“The Parliamentary Review has captured some of these achievements, and also the progress this government has made on rebuilding the economy, creating jobs, building more houses, and improving services. It is a must read for those interested in politics.”

Defra’s role in relation to the rural economy is to create the right conditions for rural businesses to thrive and grow.”

Tom Delay, chief executive, Carbon Trust, said: “Green growth is a concept that is becoming increasingly important for governments and businesses around the world. There is now a general acceptance that future successes need to be built on low carbon, sustainable foundations.

“We are currently in the early stages of a radical transformation of economies that will see disruptive and innovative changes to how we do business, a complete rebuilding of our energy infrastructure, and a need for resources to be used far more efficiently. But if that is the ultimate destination, there are still a lot of arguments about the best way to get there.

“It is encouraging to see cross-party consensus in Westminster and broad agreement in boardrooms that immediate action is needed to protect the environment. Water use is increasing, volumes of waste are becoming a major problem, and key resources are becoming more scarce. To address these issues, and the challenge of climate change, we will fundamentally have to change how we do business.”