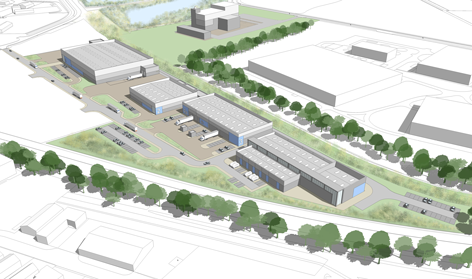 Plans have been unveiled for the £20m development to build fish park in Fleetwood that will be powered by a £60m energy-from-waste plant built as an integrated development by North West-based Reform Energy plc.

The energy from waste plant on Jameson Road will create around 40 jobs locally during its construction, commissioning and operation, and will provide a competitive source of ‘green energy’ to operate the refrigeration and cooking systems at the new fish park.

In February Reform Energy received a conditional offer for a £2.5m grant through the Regional Growth Fund to assist with creating the infrastructure for the project.

The combined heat and power (CHP) technology will be supplied by Finland-based global waste-to-energy specialist Valmet, and has been developed and used extensively in Europe to recover energy from material generated during the waste handling and recycling process.

John Potter, Reform Energy – “This development will bring a new economic energy to Fleetwood with the creation of the Fish Park and also addresses two issues dominating the green agenda – delivering more energy generation from sustainable resources and reducing waste going to landfill”

The combined recovered energy output of the plant is sufficient to meet the needs of up to 8,000 homes with around 10 megawatts of electricity, and up to 24 megawatts of heat created using around 80,000 tonnes of recovered commercial waste material as fuel. The new plant will substantially reduce waste going to landfill, at the same time recovering energy that would otherwise be lost.

Planning permission for the plant was originally granted in 2011 and since then the Reform Energy team has been working with partners to assemble the complete package of funding and site acquisition to deliver the energy recovery plant and the fish park.

The fish industry in Fleetwood already generates £135m-a-year, and employs more than 600 people, making it the town’s single biggest form of industry. It sees fish caught in other areas, mainly Scotland, brought into the town by road and prepared in Fleetwood for markets all over Britain and also abroad.

“Fleetwood will become a flagship location in the UK for energy recovery technology, and Reform Energy intends to use the plant as a showpiece for other generation and regeneration projects across the region.

“The energy recovery system we have chosen is designed to efficiently use waste material from commercial sources that would otherwise only be disposed of to landfill. Sophisticated technology and management of the site by our expert team will mean little or no local impact but enormous benefits in terms of green energy and new employment.”