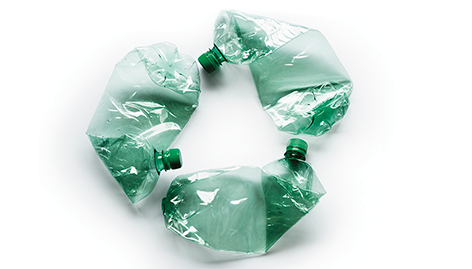 A new report, commissioned by the British Plastics Federation (BPF)’s Recycling Group (BPFRG) in response to a request from the Advisory Committee on Packaging (ACP) to corroborate recycling rates, concluded that the quantity of plastics packaging placed on the market currently calculated to be 2.5MT is over-stated by 300-400KT per annum.

The report, produced by Phil Conran of 360 Environmental Ltd, analysed the National Packaging Waste Database (NPDW) returns and indicates that Defra’s current assumption of a 2.5 percent growth rate for plastic packaging placed on the market is over optimistic.

NPWD data has shown an overall flat position in the period 2006 to 2012 when the figures showed a significant decline, according to the report.

This means that for the last few years the UK plastics packaging chain has been performing better in its recycling achievement than has been reported to Europe. The mistaken assumptions, on which business targets are calculated can lead to unnecessarily high costs, and with the EU considering higher recycling targets later in the decade, could put the UK at a further disadvantage to other member states.

Roger Baynham, BPF’s Recycling Group – “It is disappointing that the UK’s plastic recycling performance has been understated. It is crucial that the actual baseline from which targets are calculated are accurate so that compliance costs are not exaggerated”

Roger Baynham, Chairman of the BPF’s Recycling Group, said: “It is disappointing that the UK’s plastic recycling performance has been understated. It is crucial that the actual baseline from which targets are calculated are accurate so that compliance costs are not exaggerated.”

Bruce Margetts, chairman of the BPF’s Packaging Group said: “We need legislation based on facts and this report provides independent and authoritative validation of factors we are fully aware of in our own businesses. There has been a slowdown in consumer expenditure on packed goods and that through the Corporate Social Responsibility programmes we are responding to there has been significant progress made in the light weighting of packaging.”

Earlier this week Defra responded to BPF concerns regarding carrier bag re-use as the Government assess the suitability of charging a 5p levy for single use carriers in England.

Owen Paterson, the secretary of state for Defra issued a response reassuring the BPF that extensive re-use of plastic carrier bags would be considered in his group’s assessment of whether to place a charge on the items.

Davis had written Paterson in December, urging Defra to consider the potential impact of a charge for plastic carrier bags, given that most plastic bags are re-used.

Responding, Paterson said: “We are currently analysing the responses to our Call for Evidence on plastic bags. We will be carrying out a full impact assessment of the costs and benefits of the charge in due course and the reuse of plastic bags will be one of the factors considered within that work…

“This work has the potential to lead to new opportunities and growth for UK businesses. Any biodegradable bags exempted from the charge would have to meet a defined standard that we will work closely with industry and other experts on.”