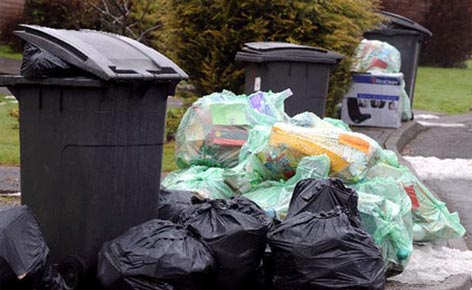 A CIWM Journal Online poll has revealed that respondents are of the opinion that implementing a limit on the amount of black bag waste residents can put out for collection “makes sense” in reducing waste sent to landfill.

The poll was in response to the news that Swansea has commenced a three-bag limit every fortnight for residents’ black bag waste.

The limit follows a vote by council cabinet members last year after a warning that if Swansea fails to meet the 58 percent recycling target set out by Wales’ National Waste Strategy for 2016, it could lose its £4.87m Sustainable Waste Management Grant.

If the limit is exceed the offending resident is could be faced with a fixed penalty fine, which has caused a negative backlash by some residents.

The CIWM Journal Online asked its readers to give their opinion on whether the move is an “effective way of reducing the amount of refuse sent to landfill?”

Findings revealed that 58 percent of respondents are of the opinion that it is an effective way of reducing waste sent to landfill, answering: “Yes, it makes sense, and evidence indicates this”.

Twenty-four percent of respondents, however, were of the reverse opinion, believing that not only does this type of scheme not work, but also it would only serve to “anger residents and increase flytipping.”

Eighteen percent of respondents believed that more time to observe behaviour around this needed.