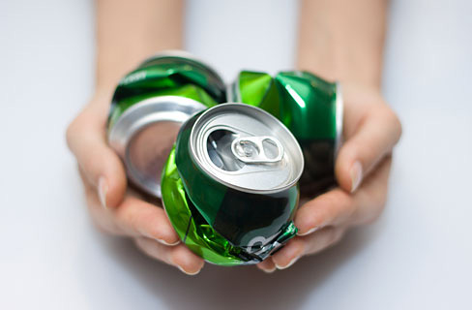 The PRN system needs to be overhauled, according to the Aluminium Packaging Recycling Organisation (Alupro), which says the provisional packaging waste recovery data released by the Environment Agency (EA) for the first quarter of 2015 shows that reported aluminium packaging recycling is significantly below the levels required to achieve the 2015 target.

It says that whilst 100% packaging is above the figure reported in Q1 2014, the tonnage reported for aluminium packaging recovered from incinerator bottom ash (IBA) is significantly below the level we know has been recycled or exported.

“Quarter 1 is the first indication we have of the impact that the removal of the aluminium scrap protocols and the introduction of the new protocol for the recovery of aluminium packaging from IBA is having on recycling performance in our sector,” said the company’s executive director, Rick Hindley.

Rick Hindley, Alupro – “The UK will undoubtedly be facing higher recycling targets when the EU Circular Economy Package is announced later this year; in order to be able to demonstrate achievement of the targets it is vitally important that we ensure that all the aluminium packaging collected for recycling is accurately counted through the PRN system”

He says the reported numbers indicate that the majority of qualifying aluminium packaging recovered from IBA has not been reported. The reason for this is that a number of key players have either decided not to apply for accreditation or have not yet received approval from the EA and so are unable to issue PRNs on this material.

He also says that the problem is compounded by the fact that a number of reprocessors and exporters who have previously been accredited have chosen not to reapply.

“Our understanding is that this is due to the complexity of the system, and the accreditation process itself,” Hindley said.

Alupro has regularly voiced concern to Government and the EA that a significant volume of aluminium packaging is being reprocessed outside the PRN system, with processors choosing not to report recycling through the system.

In March a delegation of Alupro members representing accredited aluminium reprocessors, exporters and companies that have chosen not to apply for accreditation, met with the EA to express their concerns about the accreditation process.

They made a number of suggestions as to how the process could be streamlined and ensure that all of the aluminium packaging recycled is reported through the system, whilst maintaining its integrity and reducing the burden on applicants and the EA.

Alupro says that until these changes are implemented aluminium will continue to be at risk of volatile PRN prices and obligated companies will face significantly higher PRN costs when, in reality, more than enough aluminium packaging is being actually being recycled to meet the targets.

“Alupro’s proposed changes to the system would be of benefit to all materials but are more significant for aluminium, as the PRN price is minimal compared to the high traded price of used aluminium packaging,” Hindley said.

“The UK will undoubtedly be facing higher recycling targets when the EU Circular Economy Package is announced later this year; in order to be able to demonstrate achievement of the targets it is vitally important that we ensure that all the aluminium packaging collected for recycling is accurately counted through the PRN system.”