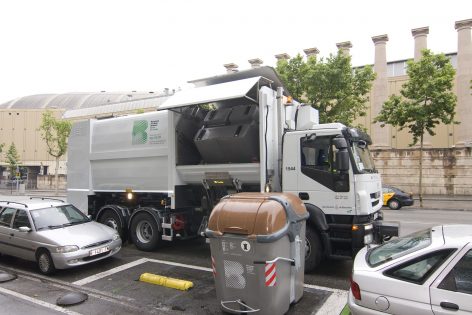 A project is seeking to develop an innovative process for enhancing biofuel production from municipal, agricultural and industrial waste.

Methamorphosis, which was granted funding in 2014 by Europe’s prestigious LIFE programme seeks to increment biogas production from municipal waste leachate by modifying and innovating processing techniques.

The gas produced by this methanisation process is enriched for use as fuel in vehicles, which contributes to reducing greenhouse gas (GHG) emissions; in the future, it may be injected into the natural gas grid.

The project envisages the installation and operation of prototypes to increase biogas output and enrich its biomethane content at the Ecoparc 2 municipal solid waste treatment centre in Barcelona. The prototypes are based on three innovative technologies developed by FCC Aqualia: an anaerobic membrane bioreactor (AnMBR), a patented system for autotrophic denitrification (ELAN®), and a patented upgrading facility that will produce enriched biomethane from biogas (ABAD®).

This new process aims to enhance efficiency while also reducing greenhouse gas emissions, by cutting energy demand by 70% and reducing CO2emissions by 80% with respect to conventional processes. ICAEN will assist in transferring the knowledge obtained from the project and in enhancing its replicability.

Methamorphosis represents a step forward in extracting energy from waste and is an important contribution to a circular economy, since it turns a waste treatment centre into a fuel production facility with the ability to feed both vehicles and the distribution network.

The efficiency of the enriched biomethane will be demonstrated in tests with SEAT vehicles monitored by that company’s engineers and in FCC Medio Ambiente vehicles that currently use natural gas, in a series of tests totalling 120,000 kilometres per vehicle.

The test with FCC Medio Ambiente vehicles will be conducted in normal conditions as the vehicles perform their day-to-day tasks. GHG emissions are expected to be reduced by 30% with respect to diesel, and the impact of biomethane on performance, engine components, fuel consumption and emissions will be assessed in the test fleet, by comparing with existing data from using network’s natural gas.

Through this project, the FCC Group is furthering the development of a fuel from renewable sources that is both cleaner and more environmentally friendly than existing liquid fuels, produces lower emissions of harmful particles, improves air quality, and helps reduce dependence on fossil fuels. The project is a clear manifestation of FCC’s technology innovation policy, which is focused on providing smart services to citizens and on the practical application of synergies derived from combining the experience of our business areas — Water and Environment, in this case.