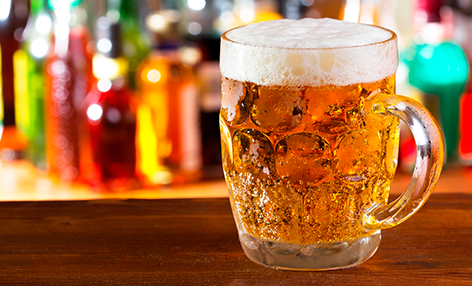 Restaurants, bars and nightclubs are the worst in the industrial and service sectors for recycling their waste, according to BusinessWaste.co.uk, which claims at least 30 percent of restaurant waste is incorrectly sorted.

According to recycling company, BusinessWaste.co.uk staff working in nightclubs, restaurants and bars often fail to separate waste at all, meaning that some businesses only manage to recycle about a third of their waste.

As customers become more aware of environmental issues and demand that companies prove that they can act “green”, sloppy attitudes towards their waste could end up losing them money, the company says.

Mark Hall – “A drive for lower staff costs means that corners are often cut, and that means pubs, clubs and restaurants tend to send the majority of their refuse for general waste”

“It’s no real mystery why this sector is the worst at recycling,” said BusinessWaste.co.uk’s commercial director Mark Hall, “A drive for lower staff costs means that corners are often cut, and that means pubs, clubs and restaurants tend to send the majority of their refuse for general waste.”

“Day in, day out our operators see bins full of unsorted rubbish from food and drink establishments that could quite easily be recycled. Instead it’s heading for landfill, and that’s not good.

“At least 30 percent of all restaurant waste is incorrectly sorted”

The company says that many bars and restaurants fail to do the following:

“Many restaurants, takeaways and pubs now have council-sponsored rating schemes on display to show food cleanliness,” Hall said, “Perhaps it’s time to introduce ‘Scores on the Doors’ to show how good a business is at recycling and energy saving.”

“That will certainly buck up the ideas of a few businesses when their lack of recycling starts to hit their bottom line.”