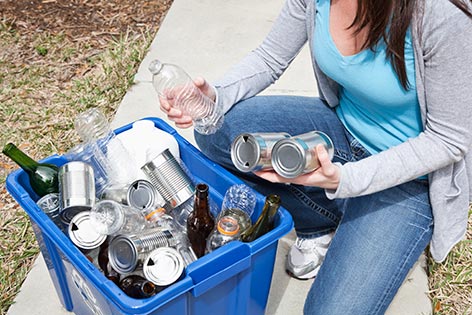 Many local authorities with the lowest amounts of kerbside dry recycling are switching to fully or partially commingled collections, according to a new report by global multi-disciplinary consultancy WYG.

Environmental experts from WYG investigated kerbside recycling performance of local authorities in the UK in 2011/12. The fourth annual report produced by WYG analyses performance by collection type and by deprivation and highlights the performance of the top 30 authorities, whilst also assessing the characteristics of the 30 lowest-performing authorities.

The report was published to coincide with the outcome of the Judicial Review application, which dismissed claims that Defra and the Welsh Government had not correctly transposed the separate collection provisions of the EU Waste Framework Directive.

In relation to the Judicial Review outcome, Lord de Mauley recently commented: “The Directive introduces the requirement for separate collection from 2015. It is subject to two important conditions. First, where it is necessary to facilitate recovery and recycling and second, where it is technically, environmentally and economically practicable.”

He added: “I am of course pleased that the Courts have agreed with our interpretation of the Directive and with our view that it should be for local authorities to make local judgements about where separate collection is necessary and practicable.”

The report examines both the highest and lowest performing 30 authorities to ascertain their collection type, the number of materials collected, the frequency of collections and the type of containers provided for both refuse and recycling.

The aim, according to WYG, is not to “name and shame” poor-performing authorities but to try to understand some of the reasons for poor performance and how performance can be improved.

All the top 30 collected paper, card, cans, glass and plastic bottles, and most collected plastic containers, whereas of the bottom 30, less than half collected all five main materials.

There is also a focus on changes being made to collections for the bottom performing authorities to give an indication of how performance could be improved.

However, WYG believes that each authority should decide which recycling system to use and continues to support local authorities that use a variety of systems – kerbside-sort, two-stream and fully commingled. The aim of the report is to provide data so authorities can make informed decisions about their approach to recycling.