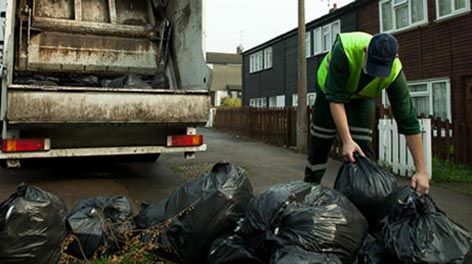 Residents against Gwynedd Council’s plans to introduce a three weekly collection service for black bag waste have launched a campaign against the decision after it was approved earlier this week (30 April).

Gwynedd County Council became the first in Wales to approve a three-weekly collection for its “black bag” waste.

The unanimously agreed upon scheme is set to come into force in October, and is hoped will reduce waste sent to landfill and increase recycling. The council also claimed that the move will lead to savings of £350,000.

Angry residents against the plans have started an online petition to call on the council’s cabinet to reverse the decision.

The council tried to quell residents’ fears of rat infestations and concerns over nappy collections by assuring them that there will be no changes to frequency of weekly household recycling and food waste services, and a fortnightly collection of garden waste.

The council has also brought in a fortnightly collection for disposable nappies, together with clinical waste.

Gwynedd cllr Nigel Pickavance said: “It is obvious to see that every corner of Gwynedd disagrees with this decision… As a county councillor I have spoken to many constituents during the consultation period… Every one was against it and having spoken to many fellow councillors they say that their constituents felt the same.”

A Gwynedd Council public survey revealed 56 percent (1,038), and 45 percent (308) Citizen’s Panel survey respondents, said collecting residual waste every three weeks rather than every fortnight would cause problems for their households.

However, the consultations revealed respondents broadly agreed the council should encourage more people to recycle and compost their waste in order to avoid Welsh Government fines.

Councillor Louise Hughes, criticised the move as “ridiculous”. She said: “They did a questionnaire and had almost 2,000 responses and most people said ‘no way’. I can’t believe they’re going to go ahead, it will be a complete, unmitigated disaster.

“What it will mean especially for coastal towns is seagulls will be ripping open bin-bags. What is the point of consultation and then saying ‘we’re going to do it anyway’?”

The move to a less frequent collection of “black bag” waste comes as Welsh councils must recycle or compost a minimum of 52 percent of all refuse, which will increase to 58 percent in 2015/16.