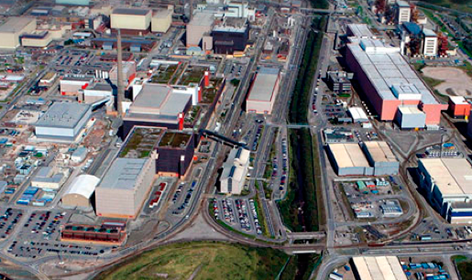 Sellafield ltd has lost its appeal against a £700,000 fine for wrongly dumping radioactive waste, after it said the fine was “massively excessive”.

Sellafield Ltd was fined £700,000 in February last year for sending four bags of low-level waste to the Lillyhall landfill site in Workington.

Lawyers for the firm said the fine was “manifestly excessive”, but the Court of Appeal said there were no grounds for criticising the amount of the fine.

The bags, which contained waste such as plastic, tissues and clothing, should have been sent to a specialist facility that treats and stores low-level radioactive waste, but management and operational failings led to them being sent to Lillyhall landfill site in Workington, Cumbria.

Sellafield found the error had been caused by the wrong configuration of a new monitor, which passed the bags as general waste, making them exempt from strict disposal controls.

The bags were then retrieved and returned to Sellafield for correct disposal.

Monitoring of the landfill site confirmed there was no contamination left there and no harm was caused to the environment or the public.

The company said the fine was too large given that there was a negligible risk of any harm and it was not a deliberate or reckless offence.

But he added the fine would “bring home” to the Sellafield directors the seriousness of the offences.

“A fine of the size imposed, even though only a little more than a week’s profit and about two percent of its weekly income, would, in our view… provide a real incentive to the directors and shareholders to remedy the failures which the judge found existed.”