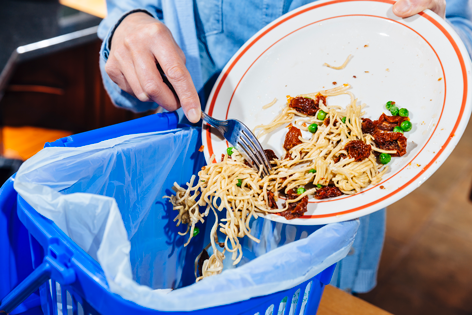 The figures, released this week, show an increase in average household food waste between 2012 and 2015.

“We’re calling on Defra to finally properly enforce the waste hierarchy and to follow the examples of Wales, Scotland and Northern Ireland by rolling out long-overdue separate food waste collections in England”

The estimated amount of household food waste in the UK for 2015 was 7.3 million tonnes, or 75.2 kg per person per year.

Ms Morton said: “These figures show that efforts to date to reduce household food waste have had limited effect and not gone far enough.

“Not only is edible food being thrown away rather than eaten, but in many areas of England this wasted food isn’t even separately collected by local authorities, instead being sent to rot in landfill with disastrous consequences for carbon emissions.”

“We’re calling on Defra to finally properly enforce the waste hierarchy and to follow the examples of Wales, Scotland and Northern Ireland by rolling out long-overdue separate food waste collections in England.