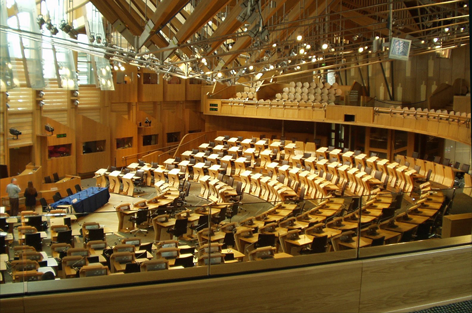 This week, SESA gave evidence to the Scottish Parliament’s Justice Committee on the impact of waste crime, noting that the regulated industry was one of the most direct victims of the illegal activities of serious and organised crime groups now operating within our sector.

Previously, SESA had informed MSPs on the Finance Committee of the importance of consistency between Scottish and UK landfill tax regimes, when landfill tax powers are devolved to the Scottish Government in April 2015.

SESA’s Policy Executive, Stephen Freeland – “Being able to engage with MSPs this way gives SESA the opportunity to highlight the issues that are specifically affecting our Members in Scotland”.

A number of current proposals could lead to “waste tourism” and place Scottish businesses at a commercial disadvantage to their UK competitors.

Commenting on the waste crime inquiry, SESA’s Policy Executive, Stephen Freeland, who gave evidence, said:“Being able to engage with MSPs this way gives SESA the opportunity to highlight the issues that are specifically affecting our Members in Scotland”.

There is broad recognition that serious and organised crime groups are engaged in waste crime in Scotland and across the UK, who see our sector as offering high financial rewards for low risk.

Unchecked, this will undermine confidence in our sector and will see waste diverted from licensed, well run sites to illegal and environmentally damaging sites.

We hope that MSPs will call upon the Scottish Government to address points raised through its inquiry.