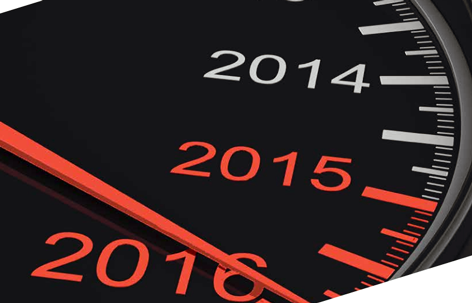 The majority of businesses (62%) are concerned with the pace of progress on the delivery of infrastructure projects, and over half (53%) believe they won’t see necessary upgrades in the next five years, according to the 2015 CBI/AECOM Infrastructure Survey.

With 94% of the 722 firms surveyed saying the quality of infrastructure is a key deciding factor in planning their investments, there is clear consensus on the need to speed up the delivery of projects crucial to the British economy in this Parliament, and to reverse decades of underinvestment and policy change.

Momentum has been building in the last five years. Business has been encouraged by the Government’s moves, such as the creation of the National Infrastructure Commission (NIC) and the use of Government guarantees to boost investment.

With nearly three quarters (74%) of firms saying energy security is crucial, almost all businesses (97%) see investment in a diverse and secure energy mix as vital

Twice as many firms (43% of all businesses and 49% of infrastructure providers) now see UK infrastructure improving instead of deteriorating (23%). Devolution has also been greeted with optimism, with 61% of firms believing it will improve delivery of local infrastructure, rising to 73% among English companies.

There are £411bn worth of infrastructure upgrades, fundamental to the UK’s future, which need to be delivered, CBI/AECOM said. These include a new runway in the South East (important to 91% of firms), upgrades to the rail network (45% of firms want spending increased), and investment in a diverse, secure energy mix (vital to 97% of firms).

For these projects to be delivered this parliament, Britain’s largest business group and the global infrastructure services firm, AECOM, want to see the Government tackle the thorny issues, and create a business environment primed to support delivery from conception to completion.

John Cridland, CBI Director-General, said: “The quality of infrastructure is a key factor in firms’ investment decisions, so businesses, communities and the whole country simply can’t afford the cost of inaction.

“Business and Government are on the same page on the need to invest in our infrastructure future, as we have seen with the creation of the National Infrastructure Commission. But that hasn’t stopped wrong turns being taken, like the reversal on Government support for renewable energy.

“Delivery of key projects – from where we build a new runway to how we power our industry and homes for the future – must be the crowning achievement of this Parliament. That doesn’t just mean taking the tough decisions for the long-term. It means better planning and having the right skills in place to ensure there is seamless continuity from when the green light is given for action to getting spades in the ground.”

With nearly three quarters (74%) of firms saying energy security is crucial, almost all businesses (97%) see investment in a diverse and secure energy mix as vital.

90% of firms believe energy investment is put at risk by short-term changes to policy, reflecting recent uncertainty over the Government’s renewables policies.

91% of firms see a role for Government in helping businesses to manage their energy costs, with 88% seeing simplification of the energy efficiency landscape a vital step.

With 85% of infrastructure firms seeing red tape in the planning system as a significant barrier, 70% are prepared to pay higher fees for quicker decisions.

Greater sight of a longer-term pipeline of infrastructure opportunities is a key ask for nearly 9 in 10 providers (86%).

And with 78% of investors concerned that the risk of future policy change is holding back investment, almost all infrastructure providers (96%) want to see more politically robust decision making.

“Industry needs the Government to maintain a clear and consistent vision, and to have the courage to make politically charged decisions when they are in the long-term interests of the country. Delays and never-ending reviews of vital infrastructure stall progress and help nobody.

“Recent moves such as the creation of a National Infrastructure Commission and the mapping of expertise against the project pipeline through the National Infrastructure Plan for Skills are welcome initiatives. But more needs to be done to support the development of UK companies’ intellectual assets and to create an environment that encourages the development and export of organisational and technical skills. Only then will UK firms be better equipped to compete on the global stage.”

CIWM’s chief executive earlier this month called for clarification as to whether, when and how infrastructure needs of the waste and resources industry will be considered through the NIC.

The call followed the appointment of Lord Adonis (pictured) at the head of the Commission.

“CIWM has long supported the call for infrastructure and services planning in this sector – needed to deliver a more “circular” resources economy – to be done at a larger-than-local scale,” CIWM’s chief executive, Steve Lee, said.

“Many infrastructure decisions in this industry are significant at a regional and even national level.

“We have noted previously that the objectives for the NIC have included making the UK ‘the most resource efficient economy in the world’ including: recycling, energy; and water & waste.

“We note, today, that early priorities for the NIC will be transport-related and updating the energy network. We therefore need early clarification as to whether, when and how infrastructure needs of this industry will be considered through the NIC.”