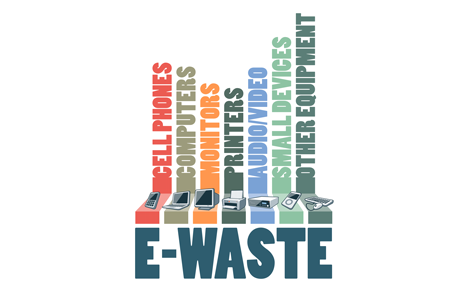 Two new projects are seeking to better understand the fate of discarded electrical and electronic products whose treatment and recycling is currently not being financed by producers.

The two research projects, now underway, are being funded by the 2015 WEEE Compliance Fee Fund.

The WEEE Compliance Fee was established as a means for Producer Compliance Schemes to discharge some of their obligations on behalf of producers of electronic equipment as an alternative to directly collecting WEEE. In 2015, £46,000 was available to support research projects for strategic WEEE research.

“This research will help to further understand how the electrical equipment that we don’t know about is handled and treated once it has been used, to inform the conversation on how to manage the proliferation and migration of technology into our daily lives and industry, responsibly.”

Following a call to stakeholders to put forward broad ideas for projects that should be financed, two proposals were successful, both building on the findings of WRAP’s recent EEE Flows study which provides the latest estimate of the volumes of electrical and electronics being placed on the market and the associated waste that is produced.

UK waste consultancy 360 Environmental, in partnership with LARAC, the Local Authority Recycling Advisory Committee, will be investigating the level and nature of unauthorised removal of WEEE from local authority sites, which WRAP estimated to be nearly 100kt a year.

Global sustainability consultancy Anthesis, meanwhile, will be investigating the fate of the estimated 139kt of unreported EEE that is never treated via the official WEEE regime and therefore not financed by the producers of these products under the UK WEEE regulations.

While much of this activity is expected to be legitimate, the study will explore the companies and sectors handling these products and waste and seek to explore how it is ultimately treated.

Dr Richard Peagam, principle consultant at Anthesis, said: “The role of technology in building a more resilient and sustainable society is crucial, but the increasingly disparate way that we use it takes end-of-life equipment further away from traditional routes for management and accounting.

“This research will help to further understand how the electrical equipment that we don’t know about is handled and treated once it has been used, to inform the conversation on how to manage the proliferation and migration of technology into our daily lives and industry, responsibly.”

In 2015, £27,000 was available from the Compliance Fee Fund to fund projects. The remainder was carried over from the 2014 Fee Fund. Together, a fund of £46,000 was made available to fund strategic WEEE research which support the aims of the regulation.

A panel of three judges – Graeme Vickery from Defra, Margaret Bates from the University of Northampton and President of CIWM, and Susanne Baker from techUK – assessed the project ideas and tenders to carry out the work. All three continue to oversee the projects’ delivery.

Both studies are expected to conclude late Summer.