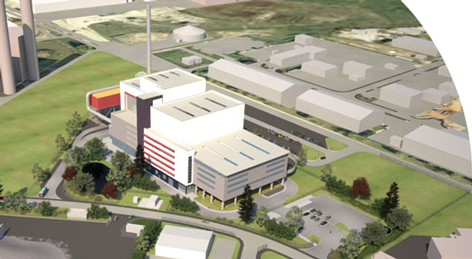 Suffolk County Council has offered Norfolk County Council the chance to send part of its excess capacity waste to a new energy from waste (EfW) being built near Ipswich, following news that Norfolk’s Kings Lynn plant could be scrapped.

The offer comes as Cory Wheelabrator is still awaiting the outcome of a planning decision from Communities Secretary Eric Pickles, which was due at the beginning of the year.

Suffolk County Council has commissioned SITA UK to build a new £185m EfW plant at Great Blakenham and it is due to open this year.

Mark Bee, the leader of Suffolk County Council said it could be an option for Norfolk to send its non-recyclable waste there.

The government withdraw £169m of funding from the Kings Lynn project last year, which means the plant will not save Norfolk as much as was originally intended, despite the UK Green Investment Bank committing to making an investment of £51m into the project earlier this month.

“We need to sit down with Norfolk and find a way in which we could help,” he said. “…The door is open for that discussion.”

Norfolk currently recycles 44 percent of its waste with the rest going to two landfill sites in the county or to waste treatment plants, including one in Kent.