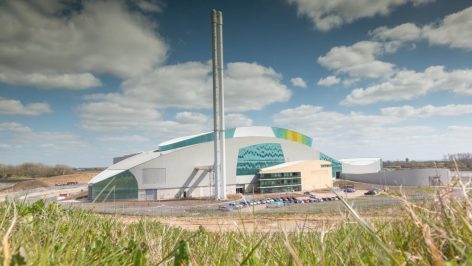 The barrier created by the general public to new waste infrastructure being built across the UK is perceived as having declined within the waste and resources sector, according to the results of a CIWM Journal survey.

Over 500 resources and waste sector professionals responded to the CIWM Journal’s 2017 “Great Waste & Resources Survey”, sponsored by Miles Smith Insurance Group, which addressed relevant topics and issues with an aim of discovering what they think about the concerns that directly involve them.

Questions were posed around data, austerity, Brexit, litter and waste infrastructure (among others) and the results have now been published in the April issue of the CIWM Journal.

Among the key points; survey results suggest a decline in the opinion that public attitudes are a major obstacle to new waste infrastructure.

The reason for this lack of new infrastructure showed the majority (64%) believe a lack of investment is the main cause, while “public attitude” (51%) and “planning issues” (45%) came in second and third respectively.

The survey asked whether there are enough waste and resource management facilities currently being built in the UK. In every survey since 2013, the consensus has been clear: respondents believe there isn’t enough waste infrastructure being built… but “we’re getting there”.

The reason for this lack of new infrastructure showed the majority (64%) believe a lack of investment is the main cause, while “public attitude” (51%) and “planning issues” (45%) came in second and third respectively.

In the 2013 survey, “public attitude” was believed to be the second biggest barrier, with 63 percent voting for this. When compared with 2017’s results, this has dropped by 12%.

“Planning issues” has also taken a fall. In 2014, this was seen as the second biggest barrier to new waste infrastructure, with 57% voting for this. When compared with 2017, 12% fewer respondents believed this was a barrier. (Note: Respondents could choose as many reasons as they believed relevant.)

Other survey results found that on local authority budget cuts and austerity, 26% believe the negative effects as a result of these cuts are already evident in services and standards, while 48% said the worst is yet to come.

The survey also asked whether it’s expected that the UK will implement the EU’s Circular Economy Package after Brexit. Only 5% said the Government will adopt “none of it”, while the majority (47%) expect a few “chosen elements” to be adopted. 36% believe most of the Package will be adopted, while 11% said it will be “fully” adopted.

Other results showed the majority blamed the “public” and “fast food outlets” for the litter on public streets (96% and 57% respectively) and Scotland is thought to be the most “forward looking” UK country in terms of its waste strategy.

To read the full article, as it appears in the April issue of the CIWM Journal, CLICK HERE