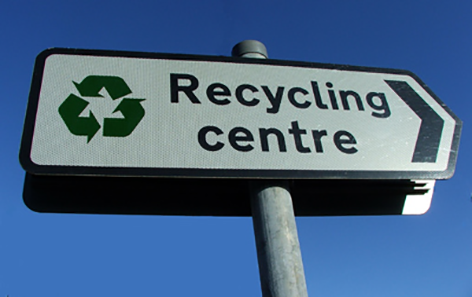 A survey carried out by a waste and recycling company has revealed that theft from recycling centres is on the rise, saying many staff thefts are in hopes of making a “quick profit”.

Levels of theft from tips and recycling centres has reached “astonishing” levels, according to BusinessWaste.co.uk.

Both site staff and visiting members of the public are equally to blame, it says, with many staff thefts made in the hope of making a quick profit by selling on stolen goods.

Thefts by members of the public are made with the motive of re-using other people’s waste, it says, with the concept of “shabby chic” being a driving force.

“The amount of material that walks out of recycling centres is astonishing,” said BusinessWaste.co.uk spokesperson Mark Hall, “and the big problem is that most of the people involved think it’s a victimless crime.”

“It isn’t – it eats into the profits of the companies that operate these sites, which means these light-fingered workers are stealing from their own employers.”

Mark Hall, BusinessWaste.co.uk – “The amount of material that walks out of recycling centres is astonishing… and the big problem is that most of the people involved think it’s a victimless crime”

With the price of scrap metals and other materials still at historic highs, the company says that these thefts are clear criminality that ought to be stopped.

An anonymous straw poll of recycling centre workers and bin lorry operators by BusinessWaste.co.uk found that 90 percent of workers had taken an item home with them. Of those who admitted taking waste:

“We were told that easily-portable items were easily taken,” said Hall. “From bicycles for the kids, to old electrical goods taken to order, the list is endless.

“Then there’s items taken straight from the metal recycling bins for the sole purpose of profit. This is theft, pure and simple, and ought to be a police matter.”

BusinessWaste.co.uk also found members of the public using municipal recycling sites were equally likely to be light-fingered, but usually for different motives. Of those who admitted taking items from recycling sites:

“A number of people told us they were going to spray-paint an old chair, or renovate a broken item,” said Hall. “In some cases they’re welcome to do so, but they’ve got to ask permission from site staff before taking things.”

The phenomenon of “freecycling” has made this fashionable, but people have to respect the boundaries between lawful activity and theft, Business Waste says.

“Who would have guessed that everyday items that are thrown away would be so valuable as stolen goods?” Hall said.