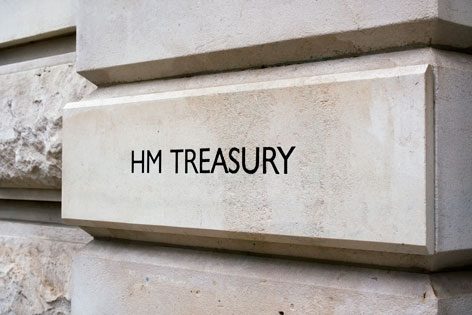 The Treasury must set out its future plans for landfill tax and how it intends to support further investment in the waste and recycling sectors, an EAC investigation has concluded.

The Environmental Audit Committee (EAC) is calling for the Treasury to “green-check” all of its decisions following a major investigation into its approach found that it puts short-term priorities over long-term sustainability.

This could potentially increase costs to the economy in the future and harm investor confidence, the EAC says.

The Treasury, through its control over government spending, taxation policy and regulation is arguably the most important department for ensuring the UK meets its environmental obligations, the EAC says.

However, its investigation found the Treasury is failing to adequately factor in long-term environmental risks into its decisions and is not doing enough to encourage departments to work together on environmental issues – such as air quality, decarbonisation, energy and resource efficiency.

The EAC says that if the Treasury is going to improve its performance and provide greater leadership on environmental sustainability it must:

EAC Chair Mary Creagh MP, said: “The Treasury is highly influential and uniquely placed to ensure the whole of Government works to promote sustainability. But we have seen considerable evidence that it fails to do this.

“The Treasury tends not to take full account of the long-term environmental costs and benefits of decisions which would reduce costs for taxpayers and consumers in the long run.

“On the carbon capture and storage competition and zero carbon homes we saw the Treasury riding roughshod over departments, cancelling long-established environmental programmes at short notice with no consultation, costing businesses and the taxpayer tens of millions of pounds. With a week to go until the next Autumn Statement, we hope our inquiry will be a wake-up call to the Treasury.”

The report found no evidence that the Treasury has been working with Defra to find new ways of boosting recycling to achieve EU targets.

The Treasury has, through landfill tax, played an “important and positive” role in diverting waste from landfill. Businesses have had confidence in the long-term certainty of the tax and invested accordingly. The landfill tax is, however, a “blunt instrument”, the report found, and is not sufficiently nuanced to drive continued increases in recycling rates.

The report revealed that in an evidence session with Viridor’s Dan Cooke, the country is starting to see unintended consequences resulting from the landfill tax, which included a rise in waste crime and an increase in the export of waste from the UK.

The EAC says the Treasury should set out its response to the report findings, its future plans for landfill tax and how it plans to “support further investment in the waste and recycling sectors in the future.”

The UK exports 2-3m tonnes a year of waste to Europe, where it is processed. Cooke was critical of this, saying the UK is effectively “paying other countries to create jobs, investment and their own energy, when we could do that ourselves”. This raised questions about the extent to which the Treasury was concerned with supporting wider environmental goals and targets outside of the tax.

One measure that had helped to drive recycling rates was the Treasury supported PFI credits for the waste and recycling sector. The report questioned Defra’s withdrawal of these credits but found there was rational in the decision and that the UK was still likely to meet its landfill diversion targets.

However, the investigation found that the main reason the Government would meet its target was because there was predicted to be roughly 6m tonnes less waste in the system per year than expected.

“It is not possible to pinpoint the reason for this but it is likely to be a combination of changes in the economy, attitudes to waste, access to finance and government policy,” the report states.

When asked whether the UK would reach its 50% household recycling target by 2020, Treasury Minister Jane Ellison replied: “We are committed to those targets [ … ] I cannot add a great deal of detail inasmuch as I have only just begun to look at some of this, so I do not want to tell you things that I have not yet looked at”.

The EAC says the Treasury should set out its response to the report findings, its future plans for landfill tax and how it plans to “support further investment in the waste and recycling sectors in the future.”