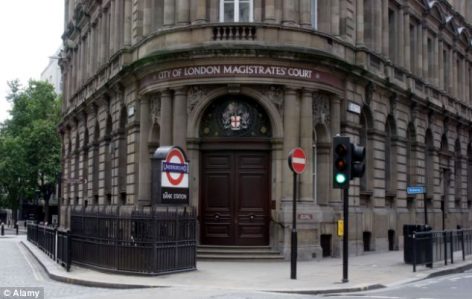 Three people have been prosecuted by the City of London Corporation for dropping cigarette butts on the street.

The convictions were handed down at the City of London’s Magistrates Court.

The defendants, Tony Marshall of Basildon, Beatrice Breten of Forest Gate and Ton Xu of Kidbrooke, were fined £200, £200 and £135 respectively.  Their prosecution costs were £200 each.

All three were caught littering by the Corporation’s street environment officers in close proximity to cigarette bins. They failed to pay a fixed penalty notice, which would have avoided a court appearance.

Wendy Mead, the Chairman City of London Corporation’s Environmental Services Committee – “These prosecutions should act as a reminder that we take smoking related litter very seriously. Cigarette litter is a key issue for the City of London as the world’s leading international financial centre”

Dropping cigarette butts is an offence under the Environmental Protection Act (1990) and the maximum fine is £2,500 plus a criminal record. The City Corporation has prosecuted 57 people since 2012 and issued more than 1,270 fixed penalty notices.

Around 6m cigarette butts are dropped on the streets of the Square Mile every year. The City Corporation spends £3.8m a year to clean its streets and research from Keep Britain Tidy suggests that the majority of smokers don’t even consider cigarette butts to be litter, dropping them subconsciously.

The prosecutions are part of a two pronged approach by the local authority which includes enforcement through fixed penalty notices as well as education via the “No ifs no butts” and “No small problem” awareness campaigns. In addition there are over 800 mounted ashtrays at 445 locations across the City, and the local authority has distributed 45,000 portable ashtrays from various locations around the Square Mile.

Wendy Mead, the Chairman City of London Corporation’s Environmental Services Committee, said: “These prosecutions should act as a reminder that we take smoking related litter very seriously. Cigarette litter is a key issue for the City of London as the world’s leading international financial centre.

“Its 400,000 workers and 9,000 residents rightly expect their environment to be of a very high standard. Put simply, London needs to be an attractive place to live and work in order to remain competitive.”

The City of London Corporation received the accolade of National Clean City Champion at CIWM’s Clean Britain Awards for its efforts in tackling issues including cigarette litter.