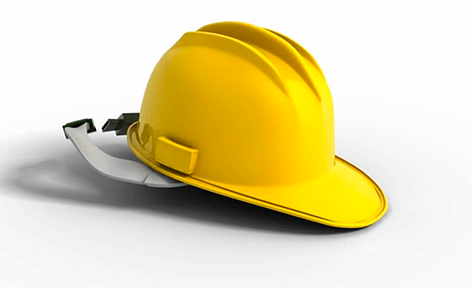 UK Wood Recycling is due to appear at Teesside Crown Court today (12 Nov) after pleading guilty to breaches of the Workplace (Health, Safety and Welfare) Regulations 1992 following the accidental death of one of its employees in 2008.

Ray Burns died instantly after being involved in a collision with a loading shovel at the company’s recycling facility at the Wilton Industrial Site, Grangetown near Middlesbrough.

The Health and Safety Executive (HSE) found that no segregation measures had been put in place by UK Wood Recycling Ltd to separate vehicles and pedestrians working on the site. Workers were unprotected from the dangers of constantly moving vehicles – despite previous incidents where vehicles had collided, and workers reporting other near misses.

David Lee, chief operating Officer at UK Wood Recycling (UKWR), said: “We are extremely sorry that Ray lost his life as a result of an incident at work and there is nothing we can say to change that for Ray or his family.

David Lee, UK Wood Recycling – “We are extremely sorry that Ray lost his life as a result of an incident at work and there is nothing we can say to change that for Ray or his family”

“The court has today awarded us a fine which it deems to be appropriate and we accept its decision.

“Since the incident occurred in 2008, we have worked tirelessly to improve our health and safety procedures on site. We have introduced a number of measures to ensure that pedestrians and vehicles do not come into contact, including the introduction of improved pedestrian walkways, pedestrian exclusion zones, radio communication between our workers to alert drivers to any pedestrians who need to cross the site, and mobile picking stations to remove the need for people  to be on the ground.

“We take health and safety very seriously and will continue to work on improving standards not only in our own business, but also driving higher standards across our industry.”

Following the incident in 2008, UKWR has:

HSE Inspector Bruno Porter, said: “This was an entirely preventable death caused by the company failing to have a system to allow vehicles and pedestrians to move safely around each other. Ideally, this segregation is achieved by the vehicles and pedestrians having separate traffic routes.  If they share a route or area then physical barriers should be used to keep them apart, or other means of preventing moving vehicles and people being in the same place at the same time.

“The waste industry has a very high injury rate, and most of the fatal and major injuries relate to transport issues. The risks of serious injury and, all too frequently, death, resulting from the failure to control the safe movement of vehicles and pedestrians are widely recognised.”