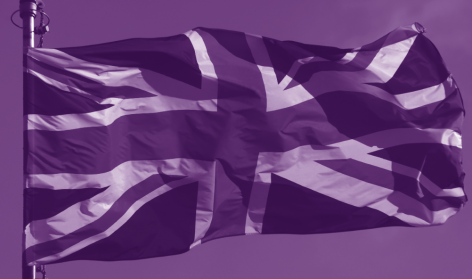 In its manifesto published today (25 May), the UK Independence Party (UKIP) has said it will investigate the practicality of introducing a deposit scheme on plastic drinks bottles to encourage recycling.

The party has pledged a number of environment related policies, should it be voted into Government on June 8.

As well as the investigation into a deposit return scheme for plastic drinks containers, other headline policies include the implementation of a new Environmental Protection Act and repealing the Climate Change Act.

UKIP will also repeal the 2008 Climate Change Act and support a “diverse” energy market based on coal, nuclear, shale gas, conventional gas, oil, solar and hydro, as well as other renewables when they can be delivered at competitive prices.

“We will review all current EU environmental rules, keeping those which have enhanced our environment, such as improving the cleanliness of our seas and beaches, and amend or repeal legislation which can be shown to have had a detrimental effect”

It says, “UKIP will not, however, allow drilling for shale in our national parks or other areas of outstanding natural beauty.”

“We will also withdraw from the Paris climate agreement and the EU Emissions Trading Scheme, to enhance our industrial competitiveness.”

It says it will also remove VAT from domestic fuel and scrap “green” levies to reduce household bills by an average of £170.

Major infrastructure projects will also be required to give “much more respect” to irreplaceable natural habitats, it says. “HS2 is a prime example of this: we will scrap HS2 and ensure no infrastructure project will ever again be allowed permission to wreak such catastrophic environmental damage.”

On Brexit and the environment, the manifesto states: “Brexit will not put our countryside, our marine environment, or our wildlife at risk. The idea that our membership of the EU has been only good for our environment is quite simply false. In some ways we have benefited, but in others our natural environment has suffered as a consequence of EU policy.”

When it comes to key local issues such as “incinerators”, UKIP says it believes in holding binding local referenda.

“We oppose the ‘cabinet’ system of local governance, which puts too much power in
the hands of too few people,” it says. “We advocate a committee system, which brings more openness and transparency, and facilitates cross-party collaborative working.

“Collecting rubbish bins promptly and regularly, removing fly-tips, filling potholes, fixing broken or dim streetlights, providing enough parking, and keeping parks and libraries open: these services should be running smoothly before councillors even think about spending money on the next local vanity project.”