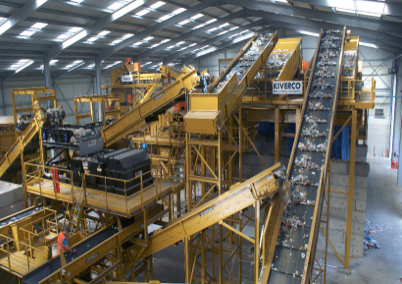 Weir Waste Services Limited, with a site based in Bordesley Green, Birmingham, was fined £46,250 at Birmingham Crown Court for breaching its environmental permit and failure to comply with an enforcement notice.

It was also ordered to pay £50,000 towards the costs of the prosecution.

The company, which has a site off Doris Road, B9 4SJ, pleaded guilty to both offences in a prosecution brought by the Environment Agency.

The charges were brought under the Environmental Permitting (England and Wales) Regulations 2010, for failing, over a 3 month period, to adequately control the amount of waste on site.

Environment Agency’s deputy director, Lisa Pinney – “The Environment Agency will take strong enforcement action when companies continue to store grossly excessive levels of waste even after they’ve been warned they must improve”

During a site audit carried out in November 2012, officers found excessive amounts of commercial and demolition waste. After the company failed to reduce the amount of waste on the site, the Environment Agency served a Regulation 36 enforcement notice, which meant the company had until January 2013 to comply with the storage limit.

Following this, the company failed to effectively manage the waste entering the site and stockpiles further increased. Subsequently the Environment Agency served a suspension notice in March 2013 for a risk of serious pollution, preventing the company from bringing any more waste on to the site.

The Judge ruled that the offences had been committed recklessly in that the company had failed to enforce such systems as could reasonably be expected in all the circumstances to avoid commission of the offence.

The Judge commented that the offences were aggravated by the fact that the company continued to accept waste even when it knew the amount of waste on site was already over the permitted level. He also noted that there had been poor performance by the company during the period that the offences were committed and that there was a lack of contingency planning on the part of the company. In addition, once the suspension notice was served, the site was cleared in a short period.

The Judge decided that the offences were mitigated by the fact that the company had no previous convictions, attempts at contingency plans were too little, too late, mechanical breakdowns and poor weather conditions led to inevitable failure, any economic gain from the offending was tempered by hiring in equipment, the period of offending was short and the company, at significant cost, intends to leave the site and move operations to a new state of the art facility to ensure the problems experienced are not repeated.

Speaking after the case, Environment Agency’s deputy director, Lisa Pinney said: “The Environment Agency will take strong enforcement action when companies continue to store grossly excessive levels of waste even after they’ve been warned they must improve. We do everything we can to protect the environment and this case sends out a clear message that we will not hesitate to prosecute as necessary when environmental damage is caused.

“Waste crime is a serious offence with tough penalties. It can damage the environment, blight local communities and undermine those who operate legally.”