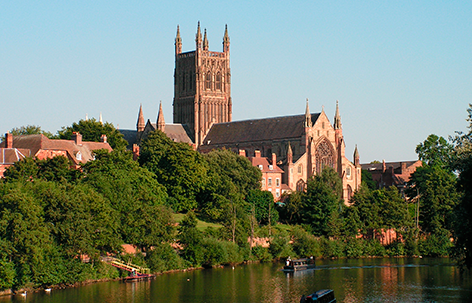 Worcester Council has announced that it will not go ahead with plans to increase food waste recycling, after announcing that it cannot afford the cost.

According to Halesowen News, Councillors said that launching new bins for over 40,000 households “in the current economic climate”, would be wrong.

They also said the yearly costs, estimated at £544,000, cannot be justified at a time when Worcestershire is moving towards building an incinerator at Hartlebury. The authority is also looking to cut around £3.5m from spending by 2019.

Green Party councillor Neil Laurenson registered the sole vote in favour of pursuing the collections, said: “The evidence is that food waste collections are, then, no more expensive than collecting any other waste.”

Green Party Councillor Neil Laurenson – “Treating food waste by composting or anaerobic digestion is far cheaper to treat, costing around £40 per tonne compared with around £80 to landfill and around £130 if incinerated”

An in-house panel set up to explore food waste pickups, however, decided against the idea, which was overwhelmingly backed by the committee.

Councillor George Squires, one of the politicians to lead the investigation, said: “We weren’t quite sure of the financial situation but we’ve now got sufficient evidence to suggest this will be too costly.”

He said in a statement: “The food waste report recognised the great value in collecting food waste, which makes up around 25 to 30 percent of the waste we throw out.

“It is worth highlighting the fact that over half of all councils in England and all in Wales now run a food waste collection service.

“Treating food waste by composting or anaerobic digestion is far cheaper to treat, costing around £40 per tonne compared with around £80 to landfill and around £130 if incinerated.

“We have learnt a lot from this exercise regarding costs.

“The figure of around £1m is only if you add collections onto the already existing system and have to buy a new set of collection vehicles and send trucks on a separate round with two staff per truck.

“If we decide now that we would like food waste collections introduced when the collection vehicles have to be replaced, then there are trucks used successfully in many other areas which combine collecting food waste with other recyclables in a pod on the front.

“The evidence is that food waste collections are then no more expensive than collecting any other waste.”