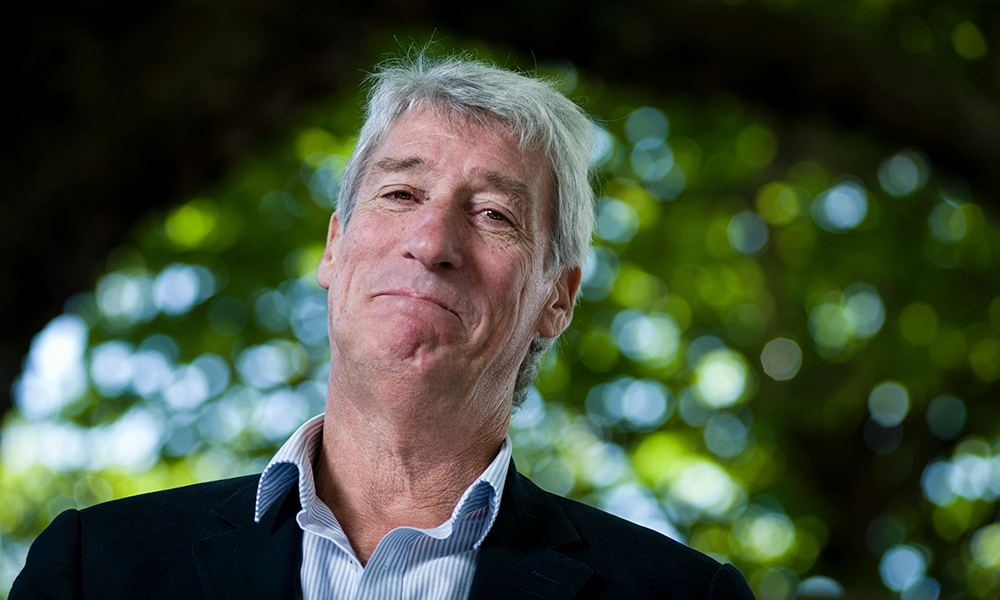 Ahead of his headline keynote speech at this year’s RWM Conference, Circular asked broadcaster Jeremy Paxman about his work as patron of Clean Up Britain and how he’s helping to fight the war on litter.

Broadcaster and writer Jeremy Paxman is renowned for being outspoken. As patron of Clean Up Britain, he is passionate about the environment, and says people who drop litter make him ‘angry and depressed’.

Clean Up Britain, a member of the national Litter Strategy Advisory Group, was started by a small group of people who shared a passion for looking after the environment, and who were concerned about the increasing problem of litter.

Last year, it broadened its remit, inspiring communities and businesses to address environmental issues including single-use plastics, reuse and recycling. Here, we ask Paxman to tell us more.

Circular (C): Where does your interest in ‘cleaning up’ Britain stem from – and why did you get involved in Clean Up Britain?

Jeremy Paxman (JP): I had been getting increasingly appalled over the years by the disgusting state of this nation. There came a point when I thought: ‘It’s time to do more than sit on your bum.’ Clean Up Britain’s work is all about changing the attitudes and behaviour of the millions of people who admit to dropping litter in this country.

It is a not-for-profit community interest company (CIC) and very keen on collaborating with other organisations. We just want to see Britain cleaned up and, crucially, a very significant reduction in the number of people who drop litter. This involves education, enforcement, public engagement, effective ‘binfrastructure’, behavioural nudges, and community partnerships.

C: What is Clean Up Britain’s mission and why is it needed today?

JP: All the statutory organisations have failed. If Keep Britain Tidy had had any success, instead of wasting money on fatuous things like stupid name changes, they’d have no job by now.

Of course, the responsibility for litter lies with the fools who drop it. Clean Up Britain is working towards changing attitudes and behaviours; that’s what we specialise in. We’re currently conducting the most comprehensive anti-litter behavioural-change campaign ever undertaken in this country – ‘It’s Now or Never’. This is taking place in the West Midlands and you can find more about it at itsnowornever.org.uk

Campaign partners include Warwick Business School, Britain’s leading centre of academic and applied behavioural change expertise. Then there’s Warwick District Council, the National Grid, Starbucks, Tesco, Wasps Rugby Club, Iceland supermarket, the RSPCA and many others. What we really need to see in this country is as big an attitudinal and behavioural change as occurred with the anti-drink driving campaign.

C: What are the main ways, do you think, that the problem of litter and waste in Britain has changed over the years?

JP: When I was a kid, peanuts came in brown paper bags; now they come in shiny packets. The stuff being thrown away today, such as plastic, is designed to last for aeons. The morons who chuck litter now are leaving a nasty present for generations to come.

C: What are the main reasons that these problems with litter persist?

JP: We live in an on-the-go society, with too much emphasis on ‘mine’ and not enough on ‘ours’. The sandwich and fast-food wrappers people jettison from their car windows are chucked because people just want to keep their vehicle clean. The people who do it are too stupid to realise that once you turn something from ‘my’ problem to ’everyone’s’ problem, it’s still your problem.

We need a national campaign with balls, and the active imposition of some meaningful penalties for those who litter

C: What do you consider the main challenges and obstacles to meeting Clean Up Britain’s goals? How can we overcome them?

JP: That’s simple. We have to persuade people that we all share the planet and the country. We all need to look after it.

C: Do you think that there is synergy or a disconnect between parliament’s attitude to litter and waste, and that of the public?

JP: I’m afraid that litter gets no traction in parliament. It might be a start if all 650 MPs went out on an organised litter-pick – but there’s fat chance of that happening.

C: While we’re talking of parliament, how well does it work with NGOs and lobbying groups such as Clean Up Britain?

JP: Clean Up Britain’s founder, John Read, feels it’s a great shame that the government’s Litter Strategy [for England] didn’t harness the enthusiasm and expertise of so many campaigning organisations that were very well qualified to help. Defra civil servants just don’t have the skills to put together a national behavioural-change campaign and were heavily criticised by many organisations for not listening, but ploughed on regardless.

Certainly, that’s John’s view – and he was a member of Defra’s Litter Strategy Advisory Group.

C: How important is the private sector in all this?

JP: Very important. After all, it’s the private sector that’s making and selling the easily disposable consumer products. Let’s be clear, though – individual companies don’t litter; it’s people who do the littering! We must simply stop them doing this. Picking up litter is very laudable, but is merely dealing with the symptoms of the problem. The only long-term sustainable solution to solving Britain’s litter crisis is to change attitudes and behaviour.

That’s what Clean Up Britain is trying to do. In effect, we need a whole change of mindset among millions of people, and this, of course, will take time. Hopefully, the introduction of a Deposit Return Scheme is also going to be a very positive step that will help in the war on litter.

C: So, who, ultimately, is best able to lead change in this area? What’s the best way of making it happen?

JP: We need a national campaign with balls, and the active imposition of some meaningful penalties for those who litter. Too many councils are
not enforcing the law, so people know that littering is, in effect, a crime without punishment. That can’t continue.

Like people who speed in a car, litterers must come to realise that there’s a real chance of being caught and punished. Punishment is one part of the behavioural-change jigsaw, albeit only one part.

C: The ‘Blue Planet effect’ has had a real impact on public engagement with the environment, but what stoked your passion to become a patron of Clean Up Britain?

JP: The disgusting state of so many of our roads and streets. This is a beautiful country and we’re defiling it.

C: Why did you get involved with the RWM event – and can you tell us a bit about what you might cover in your keynote speech?

This interview was first published in the May/June 2019 issue of Circular magazine.

The comments and opinions in this interview are that of the interviewee and do not necessarily reflect the views of CIWM.

Get your tickets to RWM

RWM, in association with CIWM, is the UK’s largest recycling and waste management exhibition and conference. It will be held at the NEC, Birmingham, on 11-12 September. For more information see rwmexhibition.com