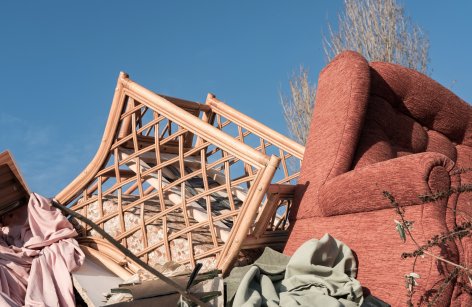 New research into the full cost of waste crime in Greater Manchester reveals there were nearly 53,000 separate incidents of fly-tipping reported by the local authorities in the ten boroughs in 2016/17, equating to 144 incidents per day.

The research also calculated that on top of the nearly £4.9 million it costs the councils for clearance and enforcement, a further £750,000 is lost because the fly-tipped material can’t be recycled.

The research was commissioned by Manchester-based start-up Dsposal and supported by GC Business Growth Hub. Researchers Beasley Associates and RGR who carried out the study claim it sheds light on not just the full cost of waste crime but also the public’s understanding of their responsibilities to their waste.

As well as analysing the data from local authorities, the researchers scanned the classified ads in Greater Manchester local newspapers for waste clearance services. Sophie Walker, Co-Founder of Dsposal, said:

“Of the 34 different adverts identified, only four were verifiable as having licences that matched the details of their advertisements. When asked for their licence details, the other 30 adverts gave responses ranging from confusing to misleading.”

The researchers were given responses including:

“Not Easy To Comply”

Many campaigns aimed at preventing fly-tipping focus on the need for residents to check that waste clearance services are properly licensed. This research, however, highlights that it’s not always easy for members of the public to comply, even if they know they have a legal obligation to check.

Another aspect of the research showed that the majority of adults in Greater Manchester were not actually aware of their full legal responsibilities.

An online survey carried out by YouGov of 501 adults in Greater Manchester on behalf of Dsposal found that a staggering 49% were completely unaware that waste clearance services were legally required to possess a waste carrier’s licence, with an astounding 65% of those aged 18-34 unaware of the need for a licence.

“Lack of awareness means the general public can easily be taken advantage of by those wishing to make a quick buck. Online ads on platforms like Facebook and Gumtree make it even easier for an illegal operator to get hold of your waste.”

78% of respondents were unaware that they should receive a Waste Transfer Note as a receipt for waste cleared and only 44% realised that they could be fined, as well as the clearance service, if their waste was found fly-tipped.

Tom Passmore, Co-Founder of Dsposal said: “Lack of awareness means the general public can easily be taken advantage of by those wishing to make a quick buck. Online ads on platforms like Facebook and Gumtree make it even easier for an illegal operator to get hold of your waste.”

And it is big money; the research estimated that around £3 million a year went to these unlicensed operators and since they are primarily cash-based transactions it can be assumed that HMRC are unlikely to receive their share in terms of taxes, whilst the tax payer is left footing the bill for the clear-up costs.

“This research highlights the public’s confusion around waste duty of care and while it’s right that the responsibility rests with them to carry out the necessary checks we believe it should be easy for an individual to determine if a service has the correct licences,” commented Sophie Walker, Co-Founder of Dsposal.

“Though there has been good progress made by some campaigns in some areas, the lack of understanding revealed by this study shows there’s still a lot of work to be done to raise public awareness and put an end to waste crime.”