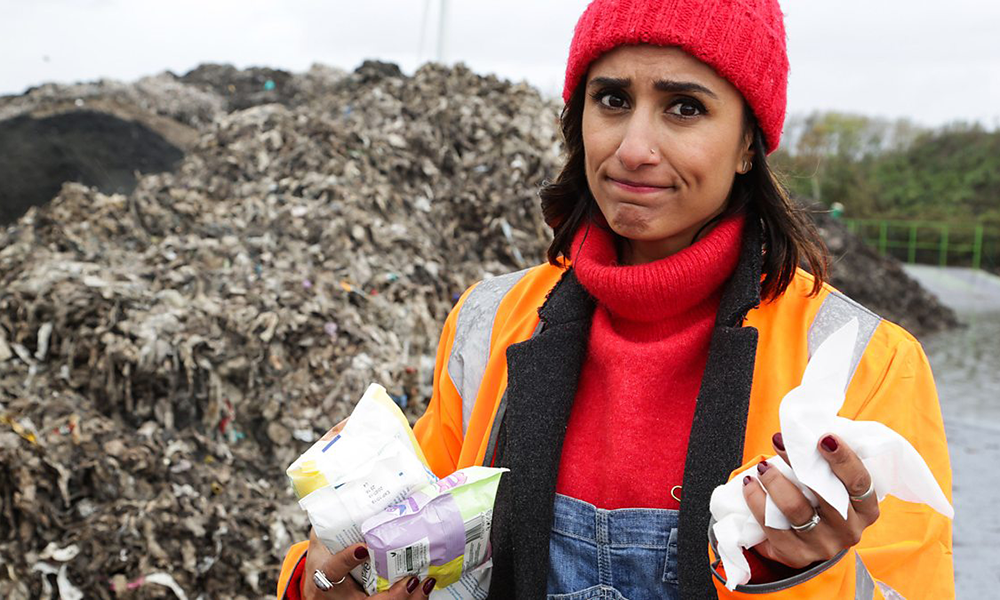 Two councils have revealed the end destinations for their residents’ waste, following the airing of the BBC’s waste exposé docu-series, War on Plastic.

The TV show sees Hugh Fearnley-Whittingstall and Anita Rani look at ways to tackle what it calls “the UK’s plastic waste problem”.

The series has already revealed that waste collected by Milton Keynes Council had been discovered to have been discarded in a Malaysian rainforest.

Most recently, it has suggested material that had originated in Wales had been uncovered in a landfill sites in Malaysia.

In response, Powys County Council has issued reassurance to its residence, saying its waste is not sent to Asia.

The council collects recyclable materials and food waste from households on a weekly basis. All these materials, including plastic waste, are sent to processing facilities based in the UK, it says.

Cllr Phyl Davies, Cabinet Member for Recycling and Waste, said: “Unfortunately, there is simply not enough processing capacity at UK facilities to handle all of the plastic waste produced in the UK without the need for export.

“However, we have a contract with a large UK-based recycling processor who are able to directly recycle most of the plastic waste we collect at their facilities here in the UK.

Rejected plastic waste is either turned into solid recovered fuel which is used to power energy from waste facilities and a small portion of rejected material is landfilled.

“Not all the plastic waste can be recycled and is rejected because it is contaminated or the quality is not good enough. Rejected plastic waste is either turned into solid recovered fuel which is used to power energy from waste facilities and a small portion of rejected material is landfilled.

“None of the kerbside plastic we collect is sent to Asia.

“When we collect plastics at the kerbside we only collect material that recycling processors actually want. This is why we stopped collecting plastic film several years back as it is very difficult to find a market for this material.

“We would like to thank residents for helping us to supply a quality product to the recycling industry.”

Powys isn’t the only local authority to disclose what happens to its residents waste. Cornwall Council published an FAQ to answer any questions its residents may have and also produced an infographic.

“You’re recycling is not being dumped on Malaysia, nor any other developing country,” the council assured residents.
It also sought the reassure that material collected for recycling was in fact not simply being sent to landfill.

The statement said: “Your recycling is not being dumped in landfill anywhere. An impressive 99.3% of the recycling you put out for us to collect at the kerbside is actually recycled – and mostly here in the UK – into new glass bottles, car parts, aeroplane components, cardboard and more.

A small percentage is reprocessed in Europe, again legally, responsibly and ethically.

“A small percentage is reprocessed in Europe, again legally, responsibly and ethically.

“The .7% we don’t recycle is made up of items that aren’t actually recyclable. Either they’re contaminated with food waste, or residents have put them out for recycling by mistake and they’re not actually one of our recyclable materials, like plastic cling film, for example.

“These items are picked out by hand at our Materials Recycling Facilities (MRF), sent to the Cornwall Energy Recovery Centre (CERC) in St Dennis, incinerated and converted into household electricity.”

Cornwall’s recycling is managed by SUEZ and the council says “unlike many local authorities”, it has an “unusually clear line of sight” on where its recycling goes, where and how its reprocessed, and what it’s turned into. 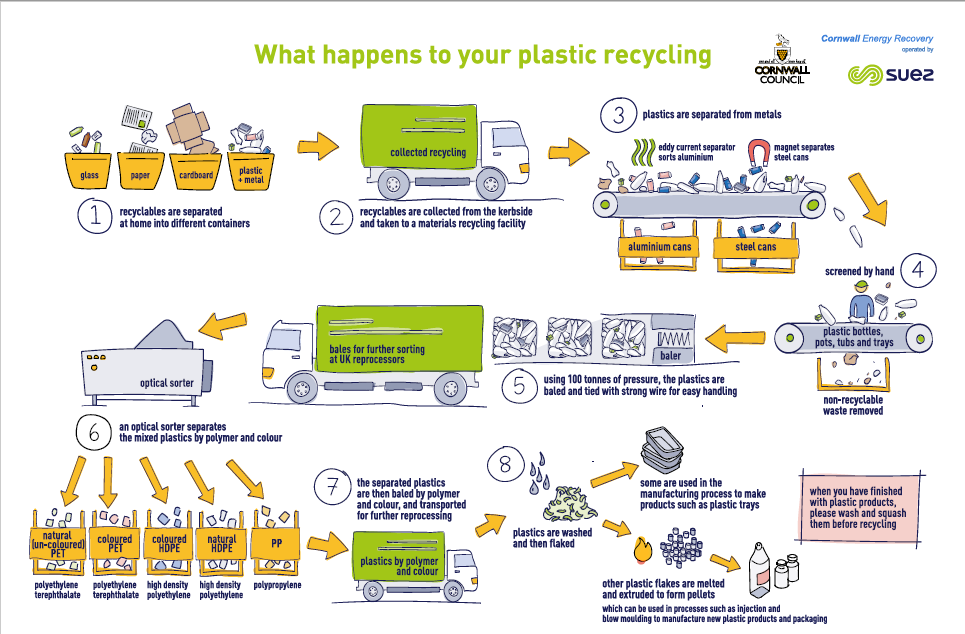