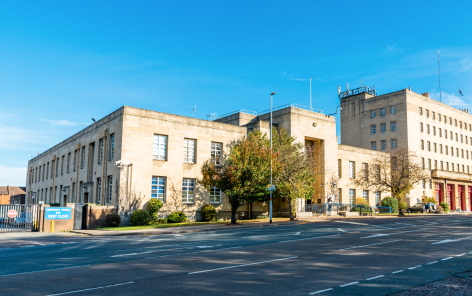 With over 1,750 fly-tipping incidents reported in Corby last year and a number of recent successful prosecutions, Corby Borough Council is reminding residents of the consequences of failing to deal with their waste correctly.

Corby Borough Council has been working to reduce these figures and from January to August 2017 it has seen a 4% reduction in incidents over the same period as last year as a result of “both educational and enforcement work”, the Council says.

However, there is still more work to be done to reduce these figures, it says.

“Corby Borough Council is making it clear that fly-tipping will not be tolerated and further action will be taken on those that are found to have disposed of their waste irresponsibly,” it said in a press statement.

“Residents’ waste is their responsibility and every household has a duty of care to ensure that their waste is transferred only to an authorised person or persons authorised for transport purposes.”

Officers discovered evidence that identified the waste as belonging to Naomi Corr of Sargent Road, Corby. On pursuing the matter, Ms Corr ignored invitations for both a formal interview with Corby Borough Council and a Fixed Penalty Notice of £400 (reduced to £300 if paid within 10 days).

Due to the work of Corby Borough Council’s Environmental Services team throughout the investigation, Naomi Corr, aged 25, of Sargent Road, Corby, was successfully prosecuted at Northampton Magistrates Court (pictured) on 8 August 2017.

Corby Borough Council’s Lead member for Environment, Cllr Mark Pengelly, said: “Residents’ waste is their responsibility and every household has a duty of care to ensure that their waste is transferred only to an authorised person or persons authorised for transport purposes.

“If your rubbish is found to have been flytipped and you have failed to ensure the waste is removed by an authorised contractor, do not keep evidence of who they transferred the waste to, and fail to co-operate with appropriate authorities then unfortunately we will take further action and you could be prosecuted.”

If you are using someone to dispose of your waste, the Council is advising residents:

The objective of the Duty of Care is to ensure that all waste is managed correctly from the place where it is produced to the point of final disposal.