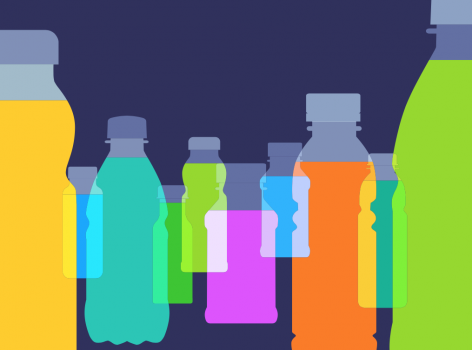 A new report published today (11 October) suggests local authorities across England could save up to £35m every year if a deposit return scheme (DRS) for drinks containers was introduced in England.

Analysis of data across eight local authorities, including those with high and low recycling rates, found that rather than losing income, the individual authorities could potentially make savings of between £60,000 and £500,000.

Some local authorities have expressed concerns that the introduction of a DRS would lead to a reduction in their income, as people use the scheme to recycle their bottles and cans rather than the local authorities’ kerbside recycling systems.

In response to these concerns, a consortium comprising Keep Britain Tidy, the Marine Conservation Society, Surfers Against Sewage, Campaign to Protect Rural England and Reloop, together with Melissa and Stephen Murdoch, commissioned Eunomia Research and Consulting to look into this issue.

Allison Ogden-Newton, chief executive of Keep Britain Tidy – “There is no doubt that introducing a deposit refund system would reduce littering in this country but, until now, there has been a concern that it would have a negative impact on cash-strapped councils.”

Every day 35m plastic bottles and 20m aluminium cans are sold across the UK and many end up as litter, in our oceans or in landfill sites.

The report looks at evidence from other countries, including the US, Norway and Germany, reporting it shows that the introduction of a simple deposit on plastic bottles and cans can raise collection rates above 90% and reduce littering.

Local authorities would lose some income, as there would be a reduced number of cans and plastic bottles in the kerbside collections to sell to recyclers, it found. However, the savings made from having fewer containers to collect and sort, as well as reduced levels of littering and reduced landfill charges will actually create savings that outweigh the loss of revenue, the report finds.

Recommendations have been made for both government and local authorities on how kerbside services can be adapted to ensure that the savings resulting from a DRS are shared equally between county councils and district councils.

With local authority resources under increasing pressure, these findings suggest that rather than negatively affecting local authority waste services, a DRS could support them and reduce the costs of delivering the service, while delivering cleaner streets and reducing the amount of plastic entering our oceans.

Allison Ogden-Newton, chief executive of Keep Britain Tidy, said: “There is no doubt that introducing a deposit refund system would reduce littering in this country but, until now, there has been a concern that it would have a negative impact on cash-strapped councils. This report shows that in fact a DRS would create savings for local government.”

The report follows the news that Defra has opened a consultation looking at ways a DRS might be implemented in England. Scotland also recently announced that it intends to establish a DRS north of the border.

Samantha Harding, litter programme director at CPRE, said: “There are no longer any valid arguments that DRS doesn’t work and the environmental case is crystal clear. For our coasts and countryside, the cost of not taking action will be far greater than any incurred by the parts of industry that are trying to block this. Michael Gove can now build on the success of the Government’s bag charge and the ban on microbeads by confirming England will have a deposit system.”

A full copy of the report can be downloaded here