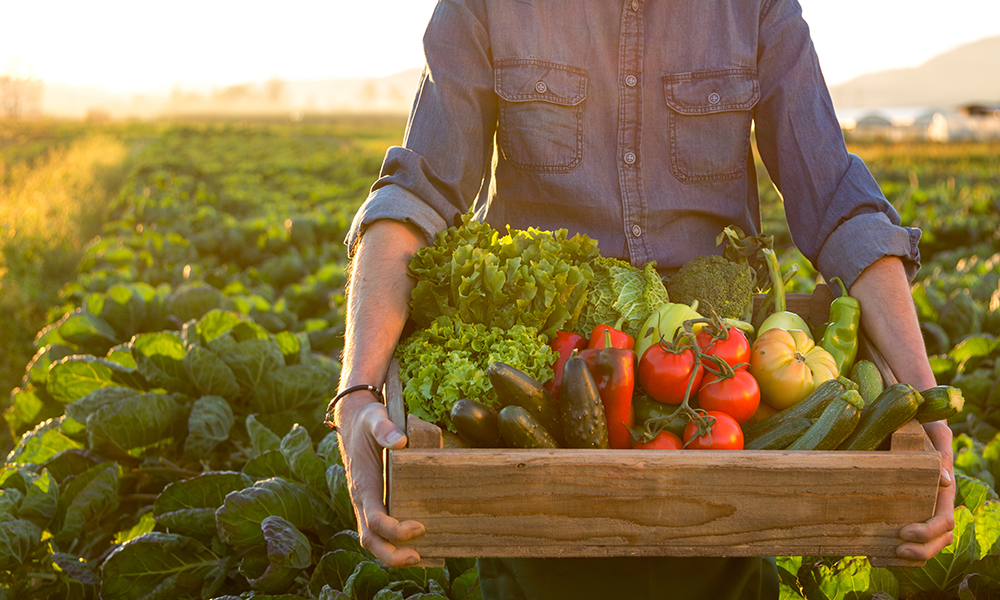 We need to change the way we produce and consume food if we’re going to meet our net-zero target and end the climate crisis, a new report by Zero Waste Scotland has concluded.

Zero Waste Scotland said a national effort to reduce carbon emissions from food and create new jobs from waste was “vital” to Scotland meeting the 2045 goal and creating a “sustainable, secure and prosperous” nation through the green recovery after Covid-19.

The publicly-funded expert body’s report, entitled ‘The Future of Food’, sets out the need for a new plan at the heart of the greener economy to produce a low-carbon supply of healthy, homegrown food cutting emissions and waste while creating valuable new jobs and businesses in the bioeconomy.

While the report warned that emissions from Scottish farming were among the worst in the country and the EU, Zero Waste Scotland stressed that agriculture alone was not the problem.

The problem was the entire nation’s relationship with food and the impact the whole food system has from production to promotion, consumption and waste.

Launching the report, Iain Gulland, Chief Executive of Zero Waste Scotland, said: “Our country and our food and drink sector have a bright future and farming will always be at the heart of that. But to turn that vision into reality we must all think about food and farming differently.

“As consumers or retailers we are as much at fault with our unsustainable demand for food. We’re all responsible for vast amounts of food waste, which is one of the worst causes of the emissions behind the climate crisis.”

He added: “Earlier this year the UK government’s Committee on Climate Change warned that we’ll need to change our diet and the way we use our land to feed the nation in order to meet net-zero targets.

“They advised cutting our intake of carbon-intensive foods like meat and dairy by at least a fifth per person as well as reducing food waste by a fifth to reach the UK’s net-zero target by 2050.

“They’re right. We need to do things differently. Our report reviews sustainable protein strategies developed by other governments around the world to support a switch to low carbon agriculture as they have concluded that this is key to solving the climate crisis.

“All these international strategies include increasing domestic food production to reduce reliance on imported protein which destroys vital habitat overseas, increases emissions and leaves countries like ours vulnerable to the kind of disruption to global supply chains which we’ve seen in stark relief during the coronavirus pandemic.

“These strategies also all promote the significant bioeconomy opportunities, turning waste products into valuable sources of protein, and carbon emissions into carbon savings.

“A protein strategy for Scotland would make farming ‘circular’ by ‘closing the loop’ locally – stopping resources being wasted and going to landfill and instead getting best value from everything that’s produced on a farm through diversification into greener, protein-rich foods to cut emissions and support jobs to feed the nation sustainably.”

The report highlighted legumes like peas and beans among valuable new crops to provide low-carbon protein for people and livestock, while also absorbing nitrogen from the atmosphere back into the soil to act as a natural fertiliser.

Insect farming is also among the key opportunities which Zero Waste Scotland has previously identified as a “game-changer” with the potential to reap millions of pounds and cut carbon emissions by “upcycling” the nation’s food waste.

This could be used as a high-protein feed for farmed fish, ending the need to import soya from abroad, and to make biofuels and fertiliser.

In the beer, whisky and fish sectors alone Zero Waste Scotland has estimated that up to £800 million could be saved each year through better use of waste and byproducts.

Such savings and profit from local bioeconomy businesses turning food waste into value will be key to the success of the food and drink sector aim of doubling production to £30 billion by 2030 through the Food and Drink Partnerships Ambition 2030 programme, creating food systems which support economic and environmental growth.

Zero Waste Scotland is already working with other experts across academia, agriculture, aquaculture and food and drink supply chains to explore the value of a protein strategy as part of its wider work to promote and support efforts to cut emissions from food through workshops, webinars and its Circular Economy Investment Fund for innovative businesses turning waste into valuable resource.

The call for a sustainable protein plan was supported by leaders in both business and academia.

Professor Derek Stewart, business sector leader in agri-food at the James Hutton Institute, said a protein strategy for Scotland was a “rallying call” identifying opportunities and benefits for industry, the environment and society.

He said: “Protein is central to our diet and nutrition and we need to ensure that it is produced and delivered sustainably based on evidence-based decisions.

“Indeed, a protein strategy could be a key driver to delivering on the aims of Scotland’s carbon emission reduction targets whilst offering major new opportunities for growth in the Scottish food and drink sector.”

Zero Waste Scotland is leading on work to meet a key Scottish Government target to reduce food waste by a third by 2025 as part of growing work to end the nation’s contribution to the climate crisis and reach net-zero by 2045.

While emissions from farming have fallen, those from other sectors have too. As a result, agriculture causes almost a quarter of Scotland’s total emissions (24 per cent) – which is more than any other Scottish sector except transport – giving Scotland one of the highest agricultural carbon footprints in the EU proportionately (not in absolute terms).

Referring to Scotland’s 2045 target, report authors William Clark and Michael Lenaghan said it could not be achieved without “dramatic” reductions in Scottish agricultural emissions.

“Reducing those emissions is vital to ending the climate emergency. It is also a vital opportunity to reap the social and economic benefits of implementing the systemic change needed to deliver a sustainable, secure and prosperous future,” they said.

The report, Future of Food: Sustainable Protein Strategies Around the World can be downloaded here.